Baseball Prospectus isn’t as high on the Yankees’ Martian, Jasson Dominguez, as their counterparts at Baseball America…but when BP released their Top 101 prospects list on Thursday, they were higher on the Mets’ Top 3 prospects than BA.

Catcher Francisco Alvarez, third baseman Brett Baty, and shortstop Ronny Mauricio made both lists, but while they were 13th, 39th, and 92nd, respectively, on BA’s list, the trio ranked Nos. 10, 13, and 51 on BP’s rankings.

Alvarez, who just turned 20, was nearly four years younger than the average High-A player last season, but still slashed .272/.388/.554 with 24 home runs in 99 games between Low-A St. Lucie and High-A Brooklyn last season. He has been considered the Mets’ No. 1 prospect for more than a year now, and will likely head to Double-A at some point this season to continue preparing to be the Mets’ catcher of the future.

Mauricio, like Alvarez, was also very young for his levels, but slashed .248/.296/.449 with 20 homers, 15 doubles, and five triples in 108 games between Brooklyn and Binghamton. He’s as shortstop by trade, but with Francisco Lindor entering just the first year of his 10-year deal in 2022, Mauricio’s future may lie at second base. 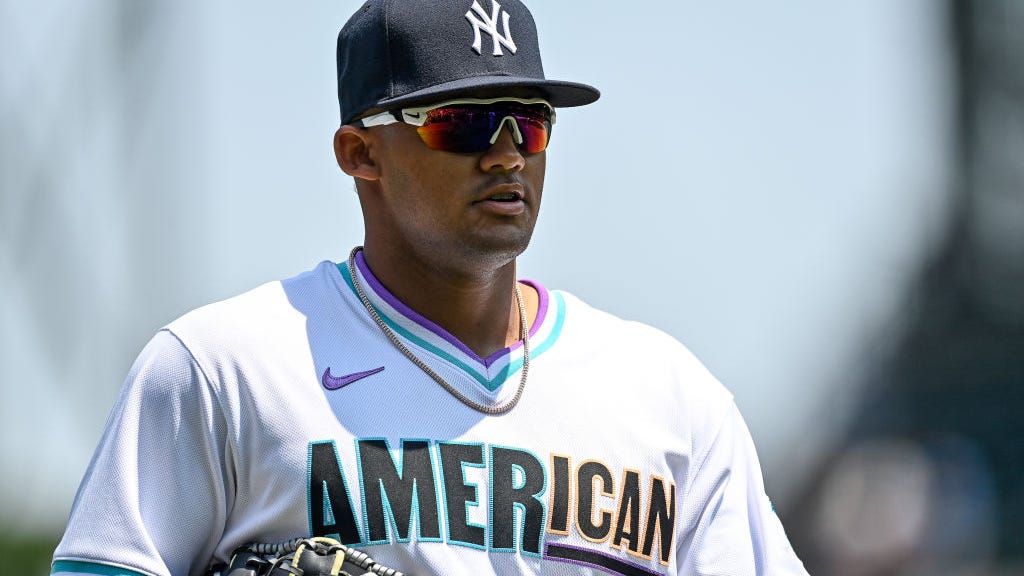 Jasson Dominguez not among Yankees prospects in Baseball Prospectus' Top 101

If all three continue on their current paths, the Mets could field an infield of their three current top prospects, Lindor, and former Rookie of the Year Pete Alonso as soon as sometime in late 2023 or early 2024.