After Tim Anderson and Josh Donaldson were separated at the end of the third inning, the second time the two have been in each other’s faces in just over a week, White Sox catcher Yasmani Grandal had words for Donaldson as soon as he stepped into the box for his next at-bat.

Quickly, the benches and bullpens emptied, and Anderson had to be held back and pulled into his own dugout to keep from going after Donaldson. Anderson said after the game that Donaldson had called him “Jackie,” in reference to Jackie Robinson, which he took offense to and manager Tony La Russa called a “racist comment.”

Grandal clearly didn’t care for the comment either, and had words for Donaldson before he finished his trip to the plate.

“This game went through a period of time where a lot of those comments were meant, and I think we’re way past that,” Grandal said after the game. “It’s just unacceptable. I just thought it was a little low. I want to make sure I got my team’s back. There’s no way that you’re allowed to say something like that. Like I said, unacceptable.”

Asked if Donaldson owned up to the comment, Grandal replied bluntly.

“You can go ask him. I’m sure he’s gonna deny it and maybe tweet something out, just like he did with [Lucas] Giolito last year,” Grandal. “I guess he lives in his own world.”

The Giolito reference was to Donaldson hitting a home run off Giolito with the Twins last year, when he appeared to yell, “Not sticky anymore,” a reference to the league’s sticky substance crackdown on pitchers.

As for Saturday, Donaldson did say he called Anderson “Jackie,” claiming it was a joke in reference to a 2019 interview in which Anderson referred to himself as the next Jackie Robinson, and it was joke he had with Anderson in the past, and that Anderson had responded well to it before Saturday. 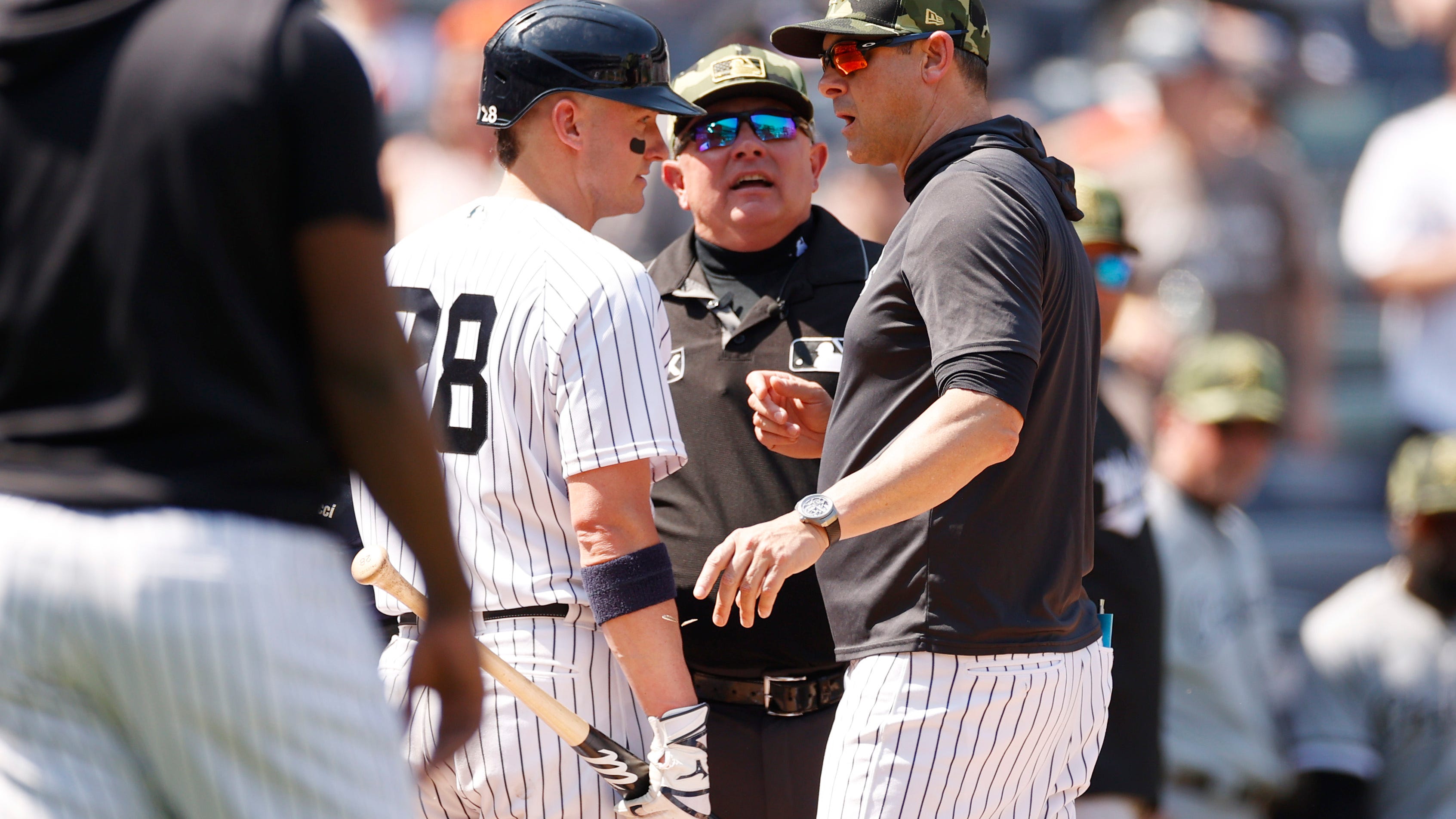 That clearly wasn’t the case on Saturday, and Grandal didn’t care for it either.

“Believe me, you don’t want me to tell you guys what I told him,” Grandal said.

“I’m sure any other team would have reacted the same way. A comment like that is just unacceptable. It's something that should not be allowed.”