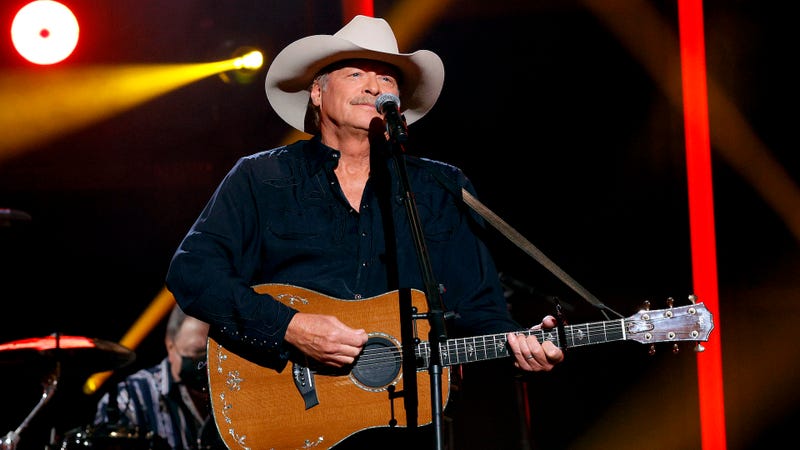 Alan Jackson has revealed he’s been living with a rare neurological condition for the past ten years that is beginning to be noticed to fans as it impacts his ability to perform on stage.

Listen to your favorite Country music now on Audacy and check out our all-new exclusive stations curated for fans, by fans

Jackson spoke out about his diagnosis publicly for the first time in an exclusive interview with NBC Today’s Jenna Bush Hager. During their discussion, Jackson revealed he inherited the disorder called “CMT” (Charcot-Marie-Tooth Disorder) along with his older sister from his father’s side of the family.

“I’ve been reluctant to talk about this publicly and to my fans, but I have this neuropathy – a neurological disease that’s genetic that I inherited from my daddy,” Jackson said. “There’s no cure for it, but it’s been affecting me for years and it’s getting more and more obvious.”

According to a press release, CMT “causes abnormalities in the nerves that supply the feet, legs, hands, and arms…affecting motor and sensory nerves.” The symptoms, while not fatal, do cause severe discomfort for Jackson, especially while on stage.

“It’s not going to kill me – it’s not deadly,” Jackson shared of the incurable disease related to muscular dystrophy and Parkinson’s disease. “I know I’m stumbling around onstage, and now I’m having a little trouble balancing even in front of a microphone. I’m just very uncomfortable.”

He continued, “I was starting to get so self-conscious up there… so if anybody’s curious why I don’t walk right, that’s why. I just wanted the fans and the public to know. I don’t want ’em to think I’m drunk onstage because I’m having problems with mobility and balance.”

Jackson reassured fans he is OK and is not seeking pity. He just sought to be honest with fans and has high hopes to still tour whenever he can, bringing live music to fans all over.

“I don’t want people to be sad for me; it’s just part of life,” Jackson says. “I’ve had a wonderful, beautiful life. I’ve been so blessed. It’s just good to put it out there in the open. In some ways, it’s a relief.”