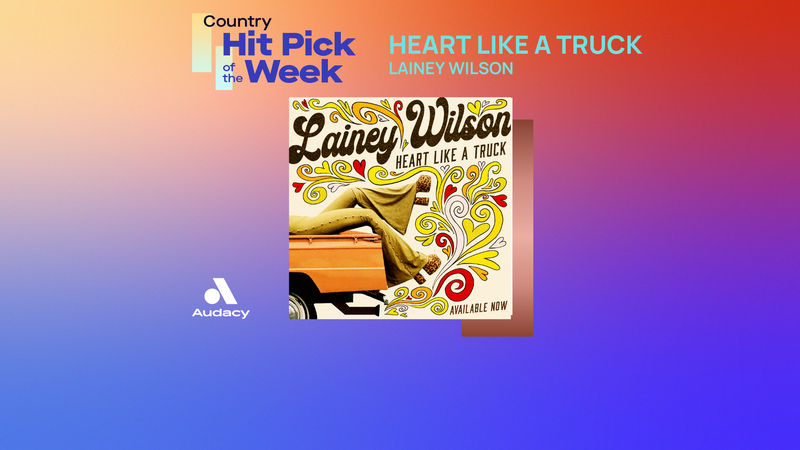 Our Audacy Country "Hit Pick of the Week" is “Heart Like A Truck” by Lainey Wilson.

After two #1 singles with “Things A Man Oughta Know and “Never Say Never” with Cole Swindell, Lainey Wilson is looking to add a third with her new song, “Heart Like A Truck,” and it’s all inspired by her own life.

“‘Heart Like A Truck’ is semi-autobiographical I guess you could say,” Wilson told Audacy’s Rob + Holly. “It’s about finding freedom in strength, not being afraid of the scratches and the scars along the way. It’s about embracing those things because at the end of the day that makes you, you!”

The song is the lead single off Lainey’s upcoming album, which does not have a title or release date yet — but according to her, it’s near! Fans can expect the project to be genuine and full of truth as Lainey says telling her story is the only way she knows how to write.

“If I’m going to continue to stay true to me and myself with the music that I put out, then I need to release some of these songs that kind of tell my story right now,” she said. “If I just keep on writing what I know and putting it on paper, then that’s all I can do and people are going to be able to relate to that.”

Listen for the brand new song to kick off a new wave of Wilson’s music, all week on your favorite Audacy Country Stations.