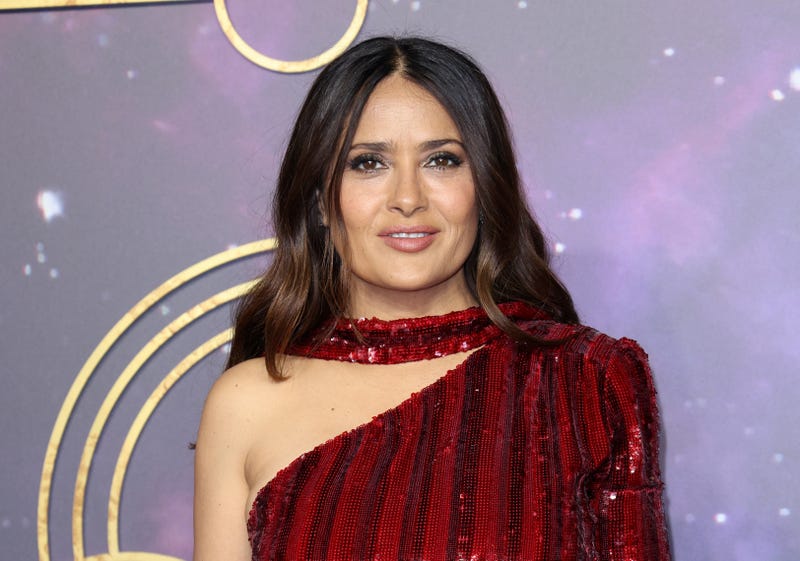 In a photo shared to Instagram, the 55-year-old actress flaunted her curvaceous figure while cooling off in a pool and taking a sip of a beverage. For her thirst-quenching shoot, Hayek rocked a black one-piece emblazoned with the words “original Gucci” across the front.

Taking advantage of the photo op, the Oscar-nominated star used it as an opportunity to rep her new film about the Italian fashion dynasty.

"This is not my wardrobe for House of Gucci but I highly recommend it anyway,” she captioned the snap in both English and Spanish.

The movie centers on the true story of Patrizia Regggiani (portrayed by Gaga), who married into the fashion family and later hired a hitman to kill husband Maurizio Gucci, played by Adam Driver.

To get the Italian accent down right for the role, Hayek worked with dialect coach Francesca De Martini.

“What happened was this: Salma shot for one day and then asked for a dialogue coach. I think she heard the accent wasn’t right and she was worried — she wanted to do well,” De Martini told The Daily Beast.

While De Martini didn’t work with Gaga, she had strong opinions on the “Born This Way” singer’s Italian accent in the film.

“I feel bad saying this, but her accent is not exactly an Italian accent,” De Martini said to the outlet, “it sounds more Russian.”

“House of Gucci” is currently in theaters.