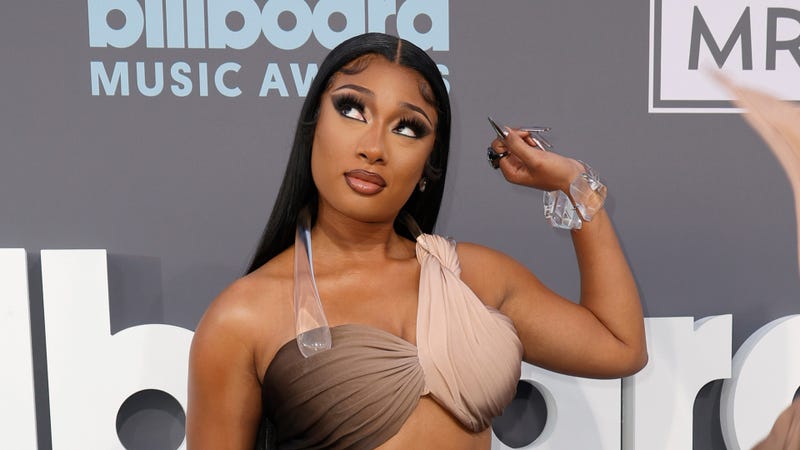 As if Stranger Things didn’t already have too many characters, rumor has it Megan Thee Stallion might somehow be involved with the Netflix series in some way, or so she’s hinted.

As seen in one image in a series of photos the Houston Hottie recently shared on Instagram, Stallion sits in front of a green screen holding Stranger Things-branded cue cards, followed by another of her sitting in a Netflix-branded director’s chair.

While she kept her caption curiously vague with the following trio of emojis, “🕷️🕸️❤️,” We would like to point out the use of spiders in both caption and her black widow nail art, which she showed off in her last slide. As in the eight-legged creatures Vecna/Henry/One has a particular kinship too in the fourth season of Stranger Things.

There’s also her recent foray into acting to take in to account, with appearances on Good Girls and P-Valley. Not to mention her slaying with that scene-stealing cameo in Marvel’s Disney+ show She-Hulk: Attorney at Law.

That said, the Duffer Brothers recently suggested that the introduction of any new characters in Season 5 is highly unlikely, with Ross saying, “whenever we introduce a new character, we want to make sure that they’re going to be an integral part of the narrative.” We’re gonna guess that Megan’s involvement or connection to the show doesn’t include actually being in it.

But also… who knows, it might. Guess we’ll just have to wait and see.