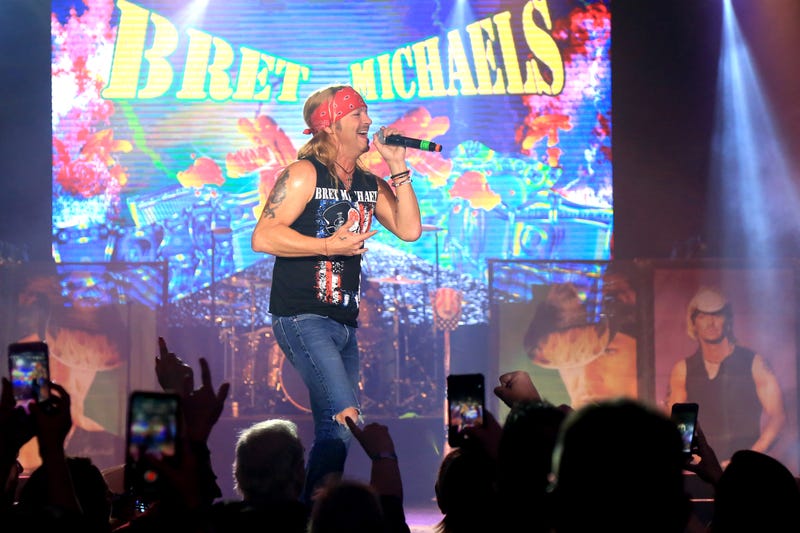 It Was “Nothing But A Good Time”

The late 80’s produced some great music that has been categorized by the record industry as “Hair Bands”.  Shortly after these artists rose to dominate the airwaves a new creation out of Seattle surfaced and nearly wiped out the 80’s sound.  However, one artist was able to survive the near extinction of the “Hair Bands” and in many ways even flourished while others are a footnote in 80’s music.  That artist is none other than Brett Michaels.

On Friday night, Michaels brought those timeless 80’s classics to Treasure Island for one high energy show.  Bret wasted no time getting the crowd on their feet.  He started the night off with the song that launched him and Poison to stardom; “Talk Dirty to Me”.  This kicked off what would end up being a 70 minute long sing along with the Poison front man.

Throughout the night, Bret would pause and thank the crowd for their attendance and announce how happy he was to be at TI.  You could hear the sincerity in his voice as he spoke about past performances at TI including a recent New Year’s Eve performance at the casino.

One of the touching highlights from the night came when Michaels brought 16 military and first-responders on stage to honor their service.  Each member was individually greeted by Bret as they took the stage while the band performed "Something to Believe In”.  Even the crowd joined in with cell phone lights and lighters as if to say ‘Thank You’ until the honorees left the stage.

The night consisted of an eleven song playlist that was dominated by Poison hits but included two mainstay Michaels covers, “Your Mama Don’t Dance” and Lynyrd Skynyrd’s rock anthem, “Sweet Home Alabama” which was performed during the night’s encore.

The finale of the night was no secret to the diehard fans which seemed to be everywhere sporting red look-alike bandannas, cowboy hats and BMB t-shirts.   As soon as the first guitar chord of “Nothing But A Good Time” was played the crowd erupted and sang along until the concert was over.

At the conclusion of the show, Bret’s guitarist Pete Evick took to the stage trading in his six string for an auctioneer’s hammer as he auctioned off some of the items worn and used by Bret during the concert.  All proceeds from the mini auction went toward Bret’s “Life Rocks Foundation”.  The first item, his signed acoustic guitar went for more than $5,000.  Other items went for less but it is safe to say a great time was had by all and a great deal of funds were raised for a worthwhile charity. 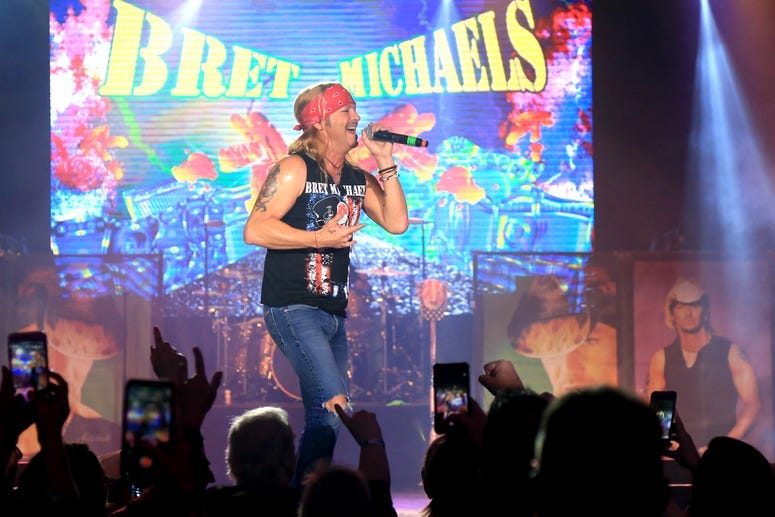 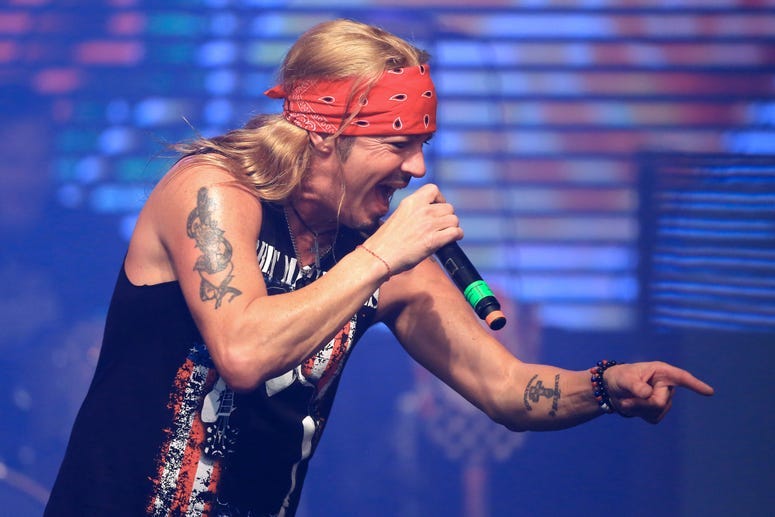 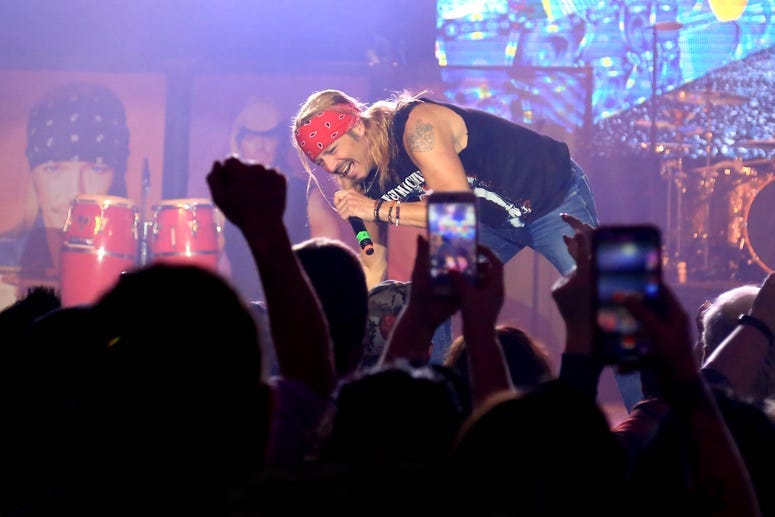 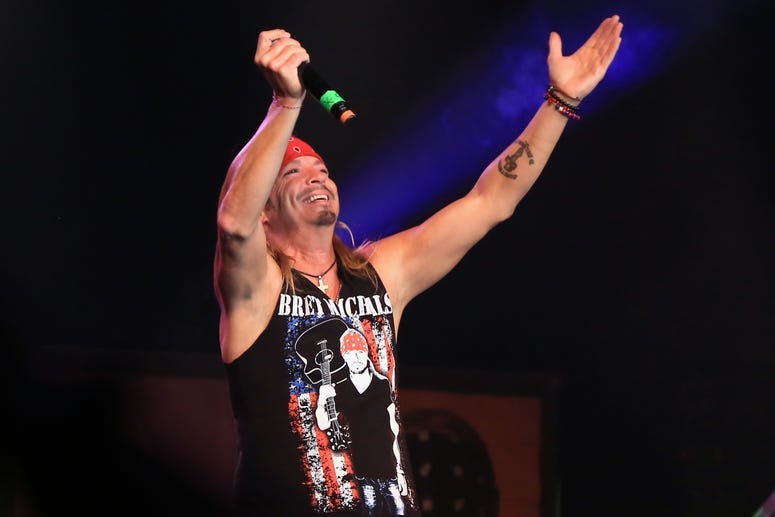 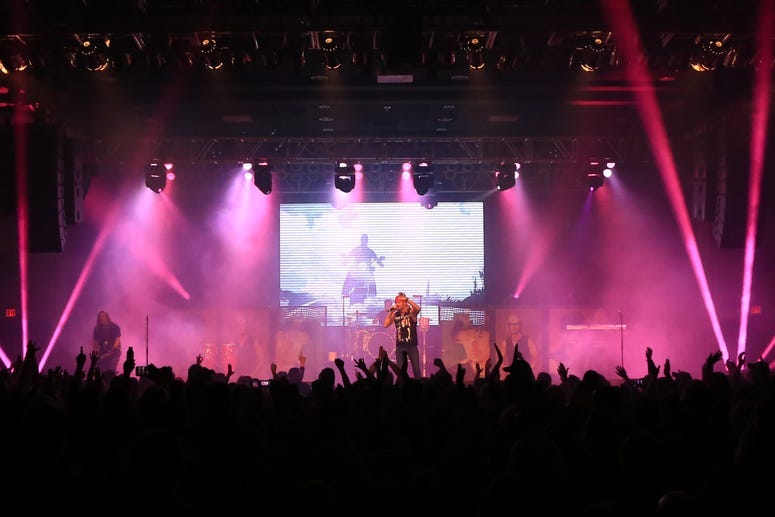