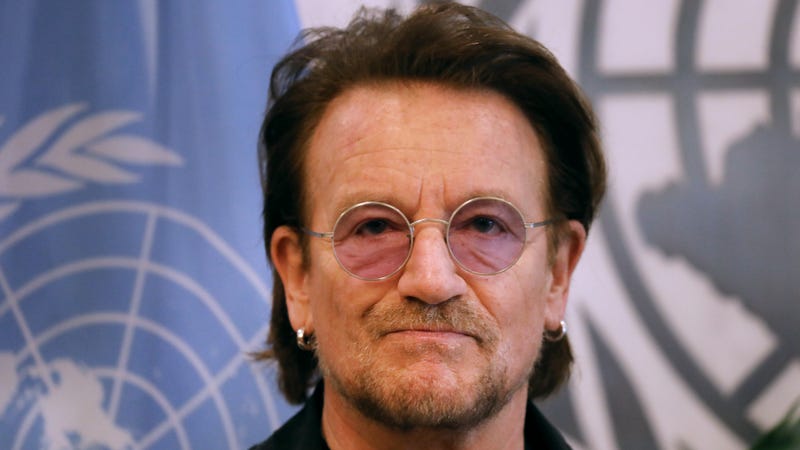 Despite the success of Rock group, U2, the band’s frontman Bono (Paul Hewson) recently shared the group causes more embarrassment to him than anything else.

An unfiltered Bono recently appeared on the Awards Chatter podcast, openly discussing the fact that his own vocal performances make him “cringe,” and he isn’t a fan of the name U2.

“In our head it was like the spy plane, U-boat, it was futuristic,” Bono said of the name U2. “As it turned out to imply this kind of acquiescence, no I don’t like that name. I still don’t really like the name.”

LISTEN BELOW: Bono talks about the name U2 on 'Awards Chatter'

The group title seems to be the least of Bono’s worries as he also shares he has to change the radio dial at the sound of his own voice, which he said makes him “cringe a little.”

“I’ve been in the car when one of our songs has come on the radio and I’ve been the colour of, as we say in Dublin, scarlet,” he said. “I’m just so embarrassed.”

He continued, “I do think U2 pushes out the boat on embarrassment quite a lot and maybe that’s the place to be as an artist, you know right at the edge of your level of embarrassment.”

Wish we could say our embarrassing moments brought us this much success. Listen to the full conversation with Bono above.