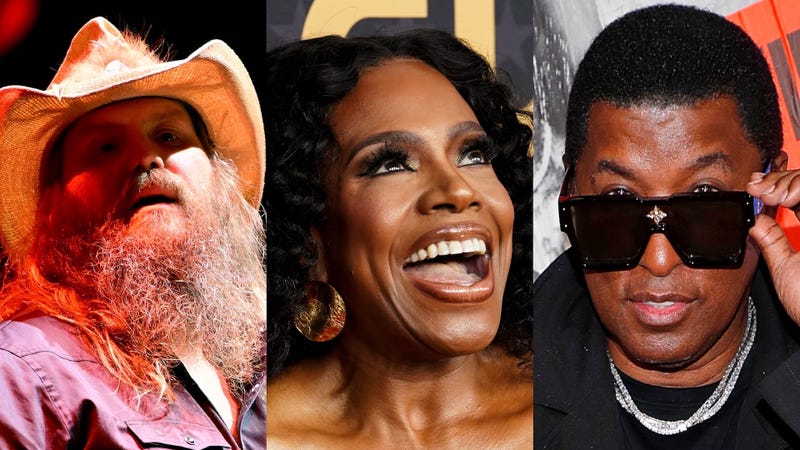 As Super Bowl LVII nears, the details surrounding the big game are coming to surface, including the A-listers set to take on pre-show entertainment.

Listen to Halftime Radio and more on the free Audacy app

Country crooner, Chris Stapleton will sing The National Anthem, while R&B singer, Babyface, will follow-up with a rendition of “America the Beautiful.” Additionally, actress/singer Sheryl Lee Ralph will sing the Black national anthem, “Lift Every Voice and Sing.”

“Truly excited and honored to perform ‘America the Beautiful’ at Super Bowl LVII and to be a part of this pregame lineup,” Babyface said in a social media post sharing the news with fans.

“Come on now. Don’t you ever give up on you baby,” shared Ralph. “I’ll be singing ‘Lift Every Voice and Sing’ at Super Bowl LVII – See you there.”

In addition to pre-show entertainment, music fans everywhere are itching with anticipation for the buzzed-about halftime show featuring Rihanna. The Barbados-native gave fans a sneak peek at what’s to come with her performance with a 30-second teaser earlier this month and by the looks of it — we’re in for something epic.