By Monica Rivera and Joe Cingrana, Audacy
Updated on

In celebration of the release of their new RED GREEN BLUE record, the Hanson brothers, Isaac, Zac, and Taylor dropped by for an Audacy Check In to talk about new music and their upcoming tour with host Julia.

Hanson's new album RED GREEN BLUE celebrates the brothers performing for 30 years together and features three solo-led projects featuring the band's unique voices together like never before. Each brother wrote and produced one-third of the album; Taylor for Red, Isaac for Green, and Zac for Blue. As for their RED GREEN BLUE World Tour, Hanson will perform various shows across the United States as well as Europe and the U.K. beginning in early June, followed by Latin American dates in October, and Australian dates yet to be revealed. Check out a full list of scheduled tour stops here.

Listen to your favorite music now on Audacy and check out your favorite throwbacks on our all-new stations like The 90s, The Millennium, and more!

With music and entertainment being so accessible these days, Taylor admits feeling good now that their ambitious new project has officially arrived "because we know we're about to actually be able to take it to a large tour, which the whole world has been in this weird place where they haven't been gathering as much in the last two years. So, there's a sense of something tangible now." 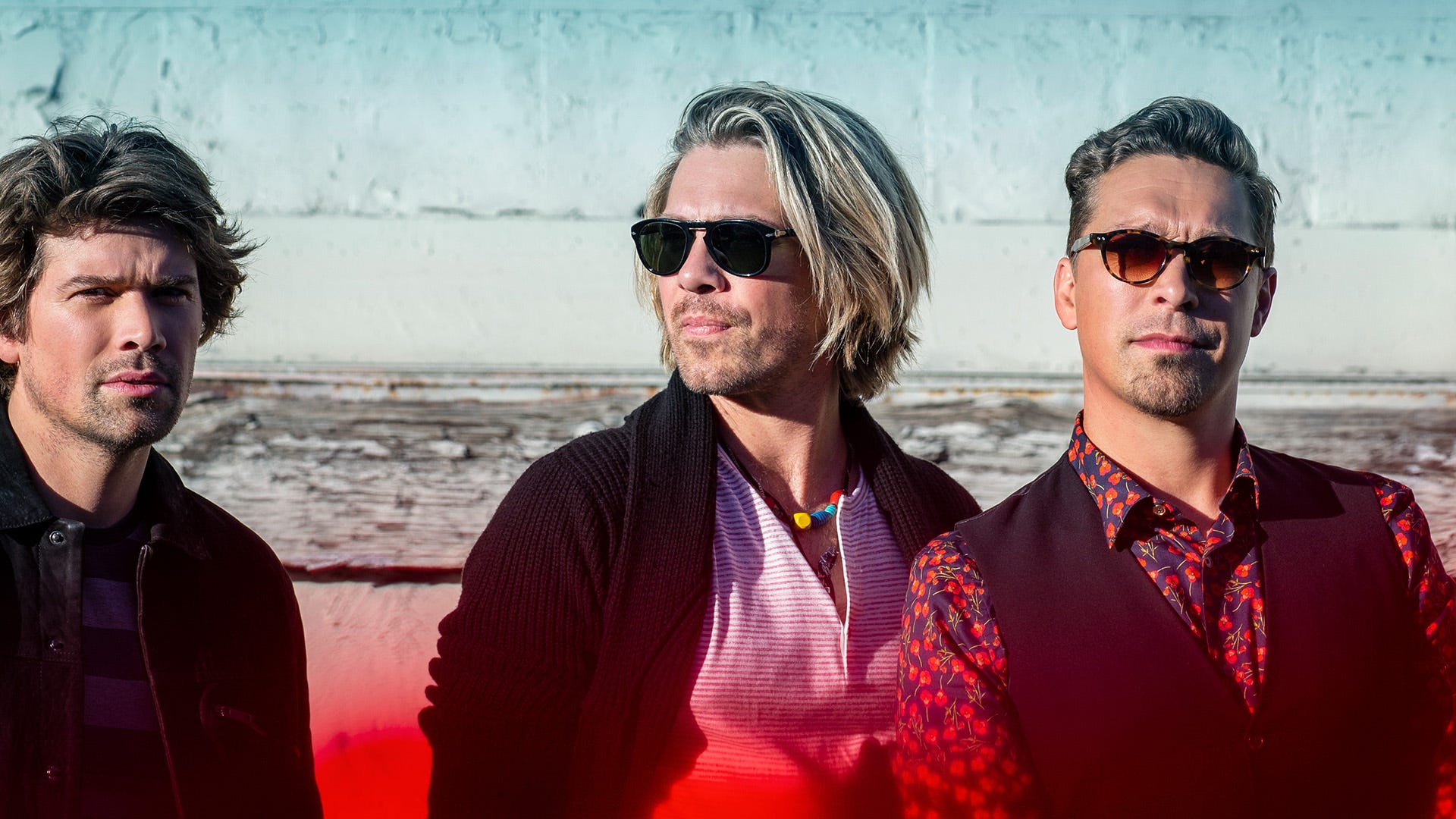 The new recording concept, where each brother produced a portion of the three-part album on their own, is "definitely a different thing, and that's part of the idea," says Zac. "I think we're at a different point in our career where those different kind of ideas are more and more appealing... we're at a point where you're really trying to deepen those connections and continue to tell interesting stories that really, not just effect the moment you're in, but shed light on the history of the band, the whole story of three decades of music that we've played together." Isaac adds, "Each of us basically treated it like a solo EP in a sense, and kind of said 'I'm in charge, get outta the way fellas!' We threw elbows."

"I think it would be a mistake to say the project was really about creative freedom," says Zac. "I think it's kind of the opposite. It's really saying, 'let's not stagnate. Let's continue to do things that challenge us. Because we're so comfortable working together, what happens when you take away some of that comfort and you put the strengths in different areas?" 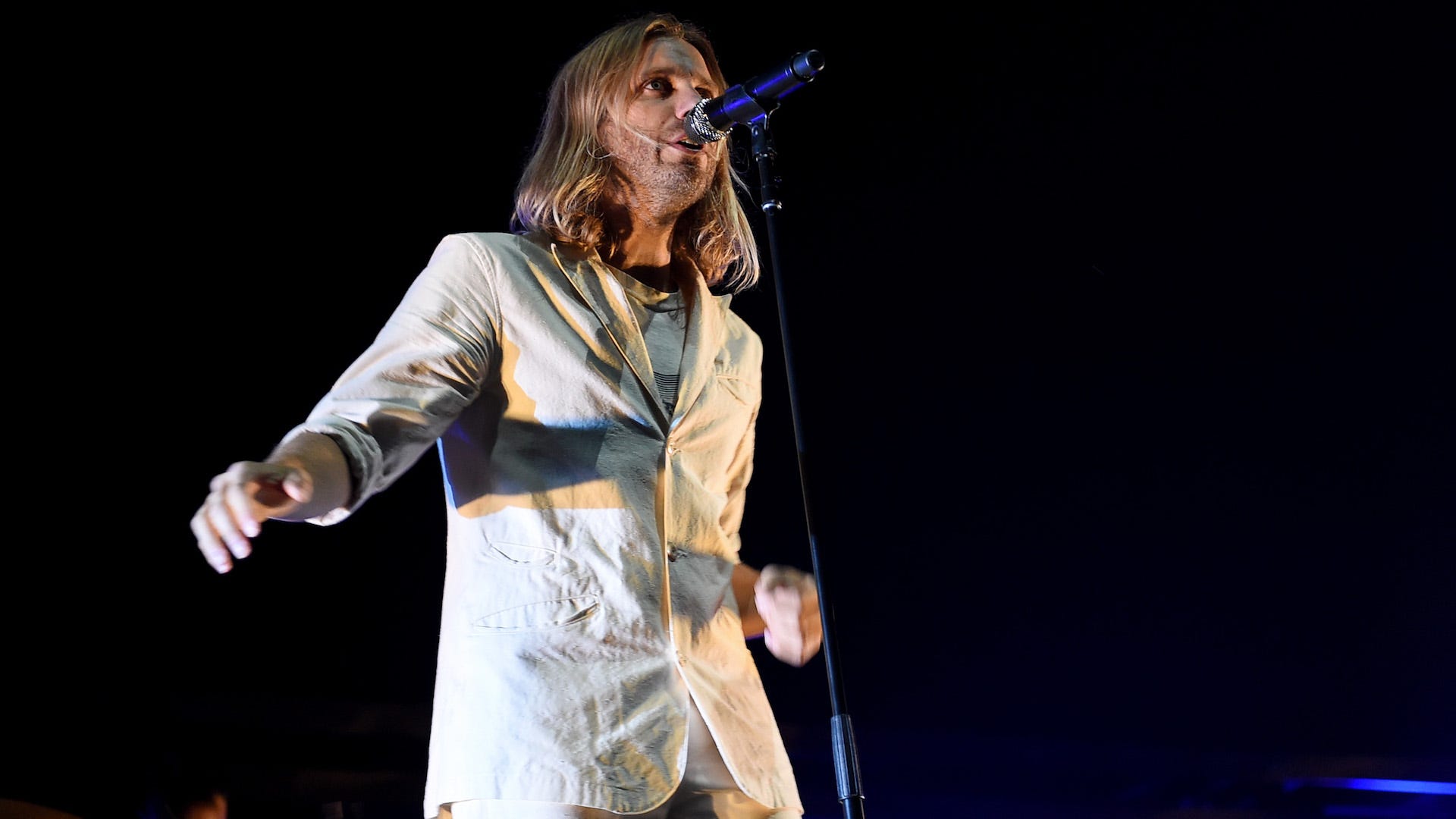 Speaking of challenges, Julia spoke with AWOLNATION a few months back, where frontman Aaron Bruno discussed his newest covers project, on which Taylor Hanson is featured singing on his cover of Madonna's "Material Girl." Bruno, at the time, compared Taylor's voice to that of Michael Jackson's -- obviously an incredible compliment. "I will pay him later! That's very kind," Taylor says. "He's brilliant and a really good dude." Working with AWOLNATION was "fantastic," he says, although he admits "it's kind of unfair to say 'working,' considering it was all recorded and sent via email during the pandemic. We've known AWOL and Aaron specifically for quite a few years and talked about doing things. Again, the whole world has been in such upheaval; I know that project was, talking about mental health, something [he's always wanted to do]. He picked interesting, sometimes even bizarre choices, but I loved it. I loved doing something that was so out of the box."

"It definitely is reminiscent of the original version," says Isaac, "but it's got the AWOL twist." Zac agrees, adding, "well it's turning it on its head just by having a man sing it. What kind of 'Material Girl?'" he asks with a smirk. "Is this some sort of play on 'the chick in Hanson?'"

Watch our full Audacy Check In with Hanson and Julia above, check out their full list of RED GREEN BLUE tour dates right here, and stay tuned for even more conversations with your favorite artists on Audacy.com/Live.

Listen to your favorite music on Audacy's all-new stations like The 90s, The Millennium, Girl You Know It's Cheese, Boy Band Nation, Let's Get Social, Beach Beats, Collabornation, and so much more!