Iron Maiden frontman and resident pilot, Bruce Dickinson, joined Audacy's Remy Maxwell to fill us in on the next era of the band on Senjutsu release day.

After six long years without new music and a string of intricate teases, British metal titans Iron Maiden released their first 2021 single, "The Writing on the Wall" back in July with an animated, Easter egg-filled video, as well as their latest, "Stratego," in August. Now, Maiden have officially dropped their seventeenth studio album, Senjutsu, on Friday, September 3, with plans for a 2022 tour in support.

Dickinson says he’s a “happy bunny,” now that the album has finally been unleashed. Known for their long form tracks averaging close to six minutes, the new record follows suit with quite a few in the 8-12 minute range. “We’ve got a four-minute song and a five-minute song as well," Dickinson says smiling. “We’ve actually got a couple of tunes on there, like ‘Darkest Hour,’ which comes in at seven minutes or something else like that, but bizarrely there’s a lot of intro and outro which is effectively seagulls and waves washing up on a beach. So, if you get rid of the seagulls it’s quite a bit more compact.”

“Even the same for ‘Writing on the Wall,’” Bruce adds. “That’s a lot shorter than the version on YouTube appears because, of course, we’ve got credits and everything else… Get rid of the credits, and also if you look at where the riff actually kind of kicks in, again that’s quite a tight little tune.”

“There’s a very varied bunch of songs on the record,” Bruce continues. “It’s almost like a trip through all the kinds of styles that the band has embraced over the last 40 years. I mean, there’s a track called ‘Days of Future Past,’ that could have been on ‘Powerslave’ or “Piece Of Mind.’ It’s got that sort of vibe to it.” 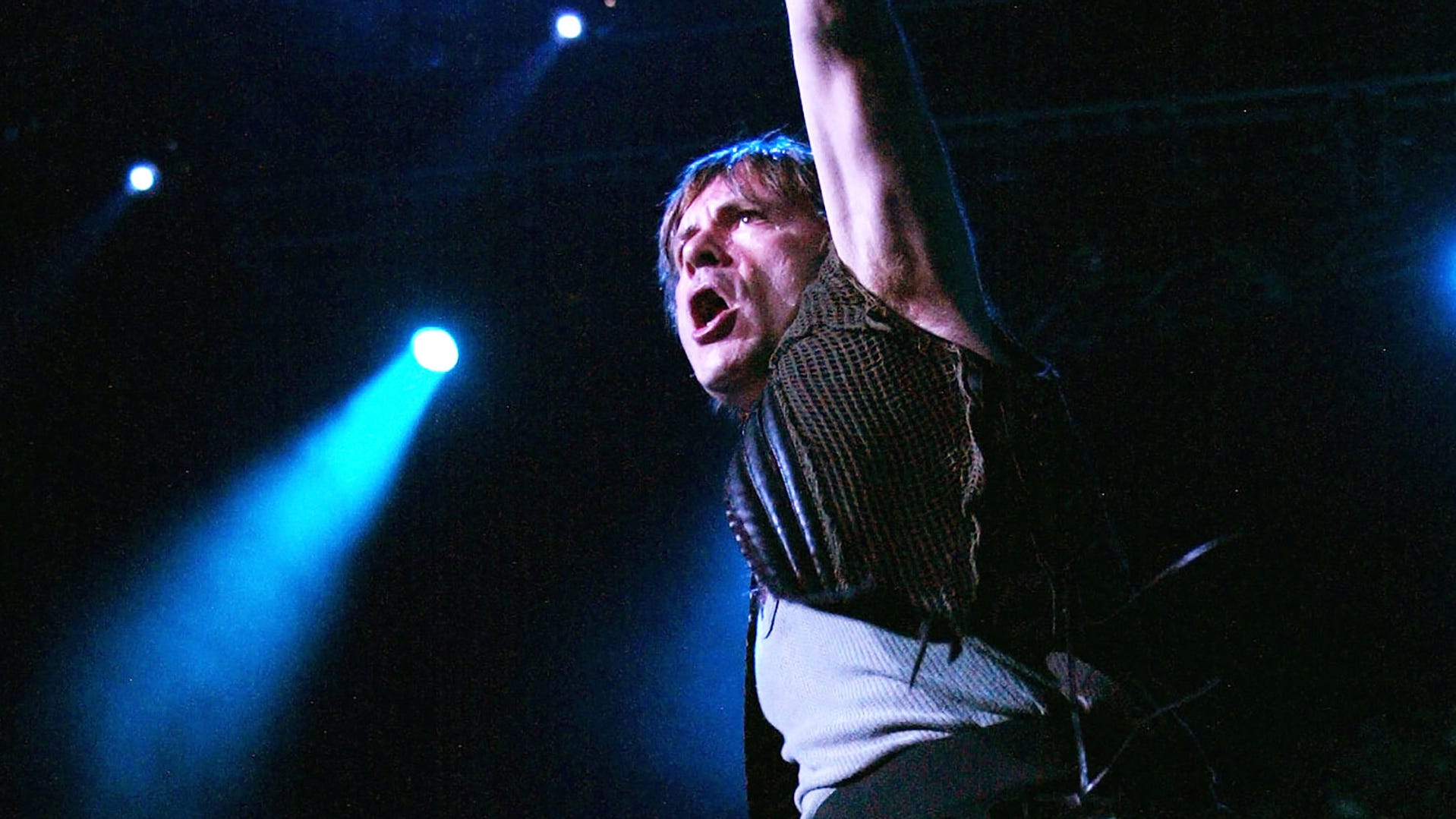 The first single from the release, “Writing on the Wall,” Dickinson says, “was a little bit left field for us” – as was the track’s music video, which Bruce had a helping hand in as well. “Once we decided that that was going to be the opening track -- and we thought it was kind of a fairly catchy tune, a bit more conventional than we normally do; Steve [Harris] really loved it, he said ‘that’s got to be the first track.’ We had no idea that there was going to be obviously the pandemic and all the rest of it, so during the lockdown I said to Rod, my manager, ‘maybe we should think about doing something really special in terms of a video. Something quite epic… we’re not going to be able to film it because of COVID and all the restrictions and everything, maybe we should do something with animation.’”

The way it all came about, Dickinson explains, was through mutual friends who worked at the famed Pixar studios at one point. “I wrote a story, ran it past them, they storyboarded just like eight scenes from it, and I went, ‘well these are the right guys to produce it with us,’” he says. “Then we settled on this English company called BlinkInk to do the animation. The whole thing took eight months from inception to finishing up.”

“I think between the video and the song, it really kind of set tongues wagging among the Metal community and maybe even people outside who saw the video and went, ‘this is cool, a heavy metal band doing a video like that!?’ That was the idea,” Bruce says, “do something that yes, fit the music but also was a stand-alone work on its own. So, we did a special effects version where we made a lot of the sounds in the video actually come to life. My favorite is when the presidential Cadillac is driving away and in the rear-view mirror you see the three faceless civil servants… and a hand comes out and adjusts the mirror. That’s genius.”

Regarding the complex teaser campaign the band employed ahead of the video’s release, Dickinson admits there was a bit of a “screw up,” on the video itself, recalling getting almost to the end of the production before realizing the very important ‘Belshazzar’s Feast’ invitation flyer was missing. “Without it, none of it makes any sense,” Bruce explains. “It’s like having ‘Star Wars’ without the preamble in the beginning. You’d be half way through the first half of the movie going, ‘what the hell is this all about!? What is the force?’” The quick fix that the animators came up with was a flyer floating down, which Bruce envisioned as an old school DIY band or rave flyer. That idea quickly provoked ideas for t-shirts, posters, and what became the global teaser campaign executed by their social media manager extraordinaire, Sarah Philp -- “a proper motorcycle fiend, she’s super-smart,” Bruce says glowingly, “and she came up with all of the real meat and potatoes content to this. I was watching from the sidelines going, ‘this is really cool!’”

Although Bruce and the band have historically provided ideas for the artwork and promotion of their releases, “what the pandemic did was not so much give me a lot of time, because I’m always full of ideas,” Dickinson says, “I’ve got more ideas than places to put them. But it actually gave us time to do it.”

Delving deeper into the record’s visuals, Bruce reminds us that [the animated video] took eight months, it’s not something you can knock up overnight to get it as excellent as it turned out. The same thing with the album, really.” The cover art came about after guitarist Steve Harris approached Dickinson with the song “Senjutsu,” and Bruce immediately had thoughts of a Japanese theme. Proposing a “Samurai Eddie” went over quite well, and was luckily a theme that the band’s famous mascot has not displayed before (although he is familiar with the Samurai’s blade, having wielded one on the band’s 1981 live album cover for Maiden Japan).

“Other than the cover concept, the album is not a concept album,” Dickinson clarifies. “Any connections that people make are purely things that we happened to be feeling at the time; where we might have been in some kind of weird zeitgeist that we didn’t even know we were in.”

Finishing the album and then heading on tour afterwards, there was no pandemic in sight when the band wrote these songs two years ago. Although once the pandemic did strike, Bruce’s bright idea for “Eddie”-themed face masks was shot down by his manager because he, optimistically, hoped that the virus would last only a few months. Fortunately, they’re available now and they’re f***ing awesome.

Ending on a more personal note, Dickinson has said that since the removal of a “golf ball” sized tumor from his throat, his voice, powerful as it already was, has picked up even more “horsepower” now that he’s healed. Likening the growths to an “apricot “and “strawberry,” he laughs, saying he had a “fruit bowl” in his throat recording their previous album Book Of Souls, “and didn’t even know.” Now, there is no blockage and he says the wind is flowing freely.

“Laughter is actually the best policy,” Bruce says. “I do this one-man-show at the moment… I tell stories about a spotty English kid from a one-horse town that nobody’s ever heard of who ended up being in a monster rock band, wearing ridiculous trousers my whole life, and never regretting a second of it. It’s kind of a humorous, sideways look at it, but there’s some serious bits as well. One of them is the whole cancer story, and I take a kind of black-humored approach to it. You can see the audience shuffle a little bit when you start talking about it, and then by the end of it we’re all laughing.” “‘Should I laugh?,’ he knows the attendees are asking themselves. “The answer is, ‘you have to,’” says Bruce. “Because trust me, when you’re in it, you have to. I think it’s the best solution, ultimately, to not take life so seriously – because life doesn’t take you seriously.”

Watch our full Audacy Check In with Iron Maiden frontman Bruce Dickinson above, and stay tuned for more conversations with your favorite artists right here at Audacy.com/Live.

As you can imagine, Eddie is impressed with the amazing artwork above, and we're without a doubt thrilled for another epic offering from the band that has brought fans into brave new worlds of their own making for over 40 years. 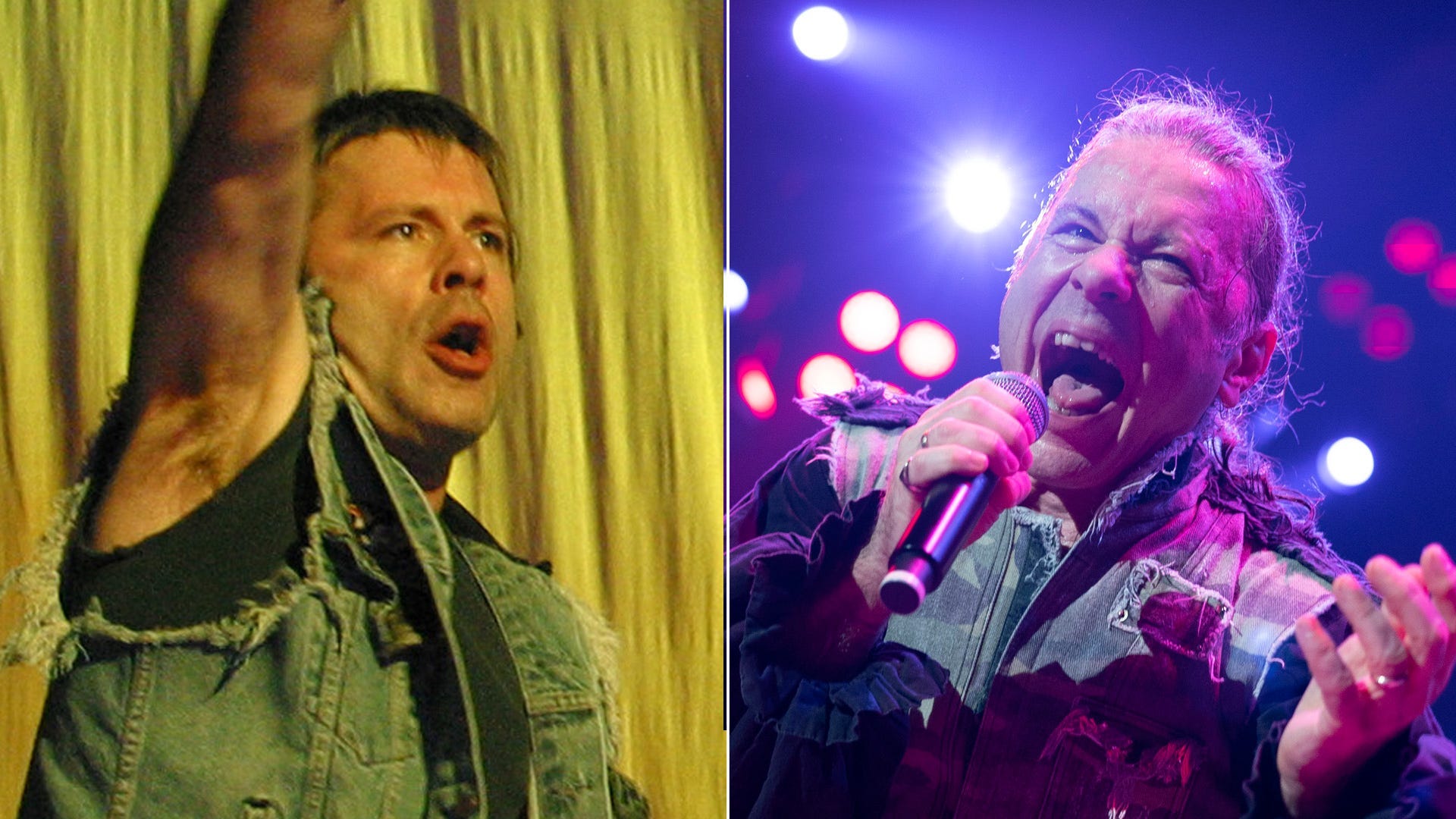