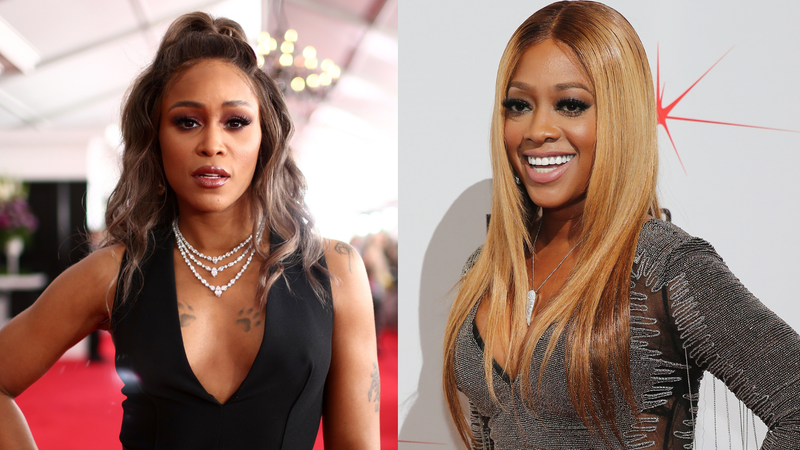 Verzuz is bringing that heat for the first week of summer and the festivities kick off next week. The team recently announced that the First Lady of Ruff Ryders will be facing the Queen of Slip 'N Slide and fans are on the edge of their seats.

Back in March, Trina expressed that she was interested in doing a Verzuz and the only matchups that would make sense were Lil Kim or Eve. We believe the Swizz Beatz and Timbaland are still working out the logistics for a Lil Kim vs. Foxy Brown battle, but per usual, this showdown between Eve and Trina will be legendary.

The news came as Verzuz released their summer schedule and after the ladies conquer the Verzuz stage, we have Soulja Boy vs. Bow Wow, which has been heavily teased and a to-be-announced matchup for Essence Fest weekend.

With that being said, here are five things fans are looking to with this upcoming matchup.

2. Trina's followup after Ever drops hits like "Let Me Blow Your Mind," "Who’s That Girl," and "Satisfaction"

And if you’ve ever seen her on a real concert stage, you know Trina got a VAULT of songs.

Ready to ONCE AGAIN be right about choosing the underdog. #VERZUZ

3. The Kelly Rowland moment: Trina with "Here We Go" and Eve with "Like This"

where my hood babies at? https://t.co/z9jwBTPHPQ

The Trina vs. Eve battle will be in partnership with TBS' Friday Night Vibes and goes down on June 16 at 8pm ET. As usual, the battle will blow ya mind and can be watched live on Instagram, Triller and FITE TV.