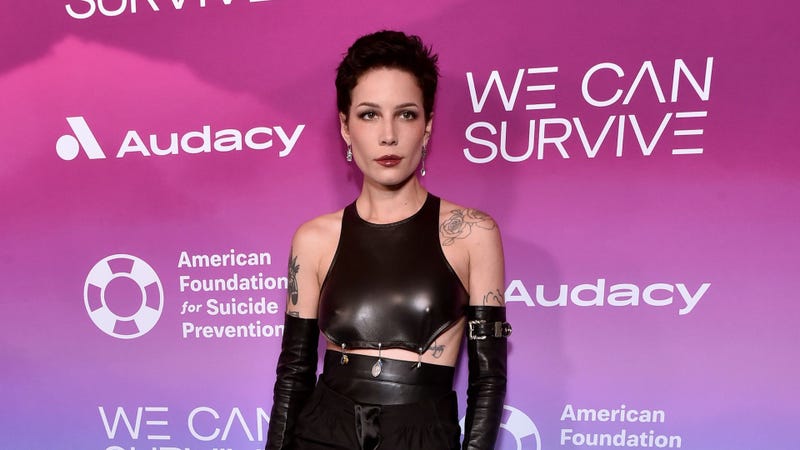 Halsey’s love for music goes far beyond creating and performing her own. The 28-year-old says the universal language has also helped her, as a fan, through some of the toughest times in her life.

LISTEN NOW: Halsey opens up about their struggles with bipolar disorder and how music helps them manage

Ahead of taking the stage for Audacy’s 9th Annual We Can Survive show at the Hollywood Bowl in Los Angeles, Halsey opened up about a deeply personal time music spoke loudest to them.

“When I was in high school… I spent some time in a psychiatric care facility, which was a really important and formative moment for me,” she told Audacy’s Bru. “The day that I left the facility, I got in the car and my Mom put on the radio and I just was like, ‘Oh my gosh! Music!’ Because for the whole time that I was in there I couldn’t listen to any music.”

Halsey recalled the first song that played was by Imagine Dragons and, to this day, the moment of hearing that song after so spending so much time away from music has stuck with her.

“I just remember having this moment, listening to Dan Reynolds sing and being like, ‘Oh my gosh! I just love music, this is the thing I missed the most when I was in there!’ And then 18 months later I opened up for Imagine Dragons on their North American tour, so it was like a totally full-circle moment.”

Knowing the impact music can have on others, Halsey makes it a priority to keep theirs authentic and honest, often addressing issues and supporting causes surrounding mental health and more.

“[Mental health] is a huge part of my platform,” Halsey shared. “My third album was named Manic, and it was about my  experiences with bipolar disorder.”

She continued, “I was diagnosed when I was 17 and I’ve kind of incorporated mental health into the way that I write and also incorporated writing into my mental health care. Using it as a means of kind of exercising my thoughts, doing something that’s routine and rhythmic. Music has been a huge outlet for me forever.”