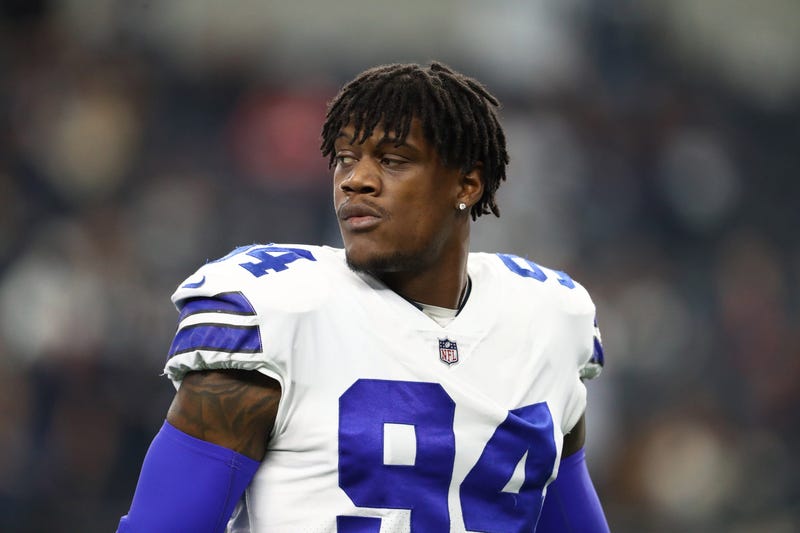 FRISCO (105.3 The Fan) - Dallas Cowboys defensive end Randy Gregory, presently under "indefinite suspension'' for a violation of the NFL's substance abuse policy, plans to file with the commissioner's office a request for a "full reinstatement'' on Monday, sources tell me, with the hope that his rehab path includes permission to be part of the team during the preseason and training camp.

The application will include an update on Gregory's process as a result of his in-depth treatment in behavioral and substance-abuse clinics and will feature a continuing "personal responsibility'' plan that will likely have him living with family members in DFW.

It is possible that Gregory's parents will continue to be so supportive of him that they will permanently move from their native Michigan to reside in North Texas to help guide him, one source said, all part of what Gregory's submission to NFL commissioner Roger Goodell will be termed his "reliability partner'' program.

Attorney Daniel Moskowitz, who is aiding Gregory in the appeal, declined to comment on the specifics of this report.

Gregory, the oft-suspended pass-rusher, hopes of regaining access to the promising playing career so often derailed by his issues with drug use and mental health. But, we're told, his most immediate request will be "step-by-step'' -- an admission of blame for the failure (either a failed or missed test in 2018) -- as opposed to a direct request to be on the field for the Cowboys starting with Week 1 of the NFL regular season.

Playing in this regular season is a goal, of course. But Gregory, sources tell us, is willing to suggest to commissioner Goodell that his return to football be a gradual one and a "conditional'' one.

The NFL has, to its credit, taken steps toward a greater understanding here, moving away from its antiquated handling of such matters. The league may be coming to see that employees like Gregory are only worse-off when they are separated by their friends, their coaches and their employer/franchise, institutions where there are resources in place to help him. There are those with intimate knowledge of Gregory's case who believe he can be the "poster guy'' for positive movement by the league toward an altered policy, a "smarter'' if not "softer'' one, and that the NFL needs a living, breathing example of how well it can work.

Maybe Randy Gregory be that example. But first comes his Monday presentation to the commissioner's office, which can take up to 60 days to make its ruling. The 60 days does not fit the timetable for Gregory to play in the first week in September. But a year ago, when Gregory and the NFL went through this gauntlet -- including an extensive file of paperwork from Gregory including testimonials from character supporters inside the Cowboys and beyond, which we're told may be matched in Monday's paperwork bulkiness -- the process went much faster than 60 days. And again, additionally, the player's initial desire is not to push for Week 1 activation, but rather to get there gradually.

It is the position of those in Gregory's circle that his recent violation was a "misstep'' as opposed to a step backward, and that he has accomplished so many positive things that he shouldn't be punished for one negative. Gregory's supporters (which no longer officially include agent Steve Weinberg, dismissed as his agent) might also suggest to the NFL that as he is on "indefinite suspension,'' he is already "serving time under suspension'' and need not be punished further.

Gregory, the former second-round blue-chipper, has done little on the field, having endured four suspensions in his short three-year career. The Monday submission is going to be about all the things he has done off the field, about him having not failed/missed any drug tests this offseason, and about a continuing rehab plan that includes a "partial reinstatement,'' the on-site guidance from his family and help from the NFL as it gains a deeper understanding of these issues.