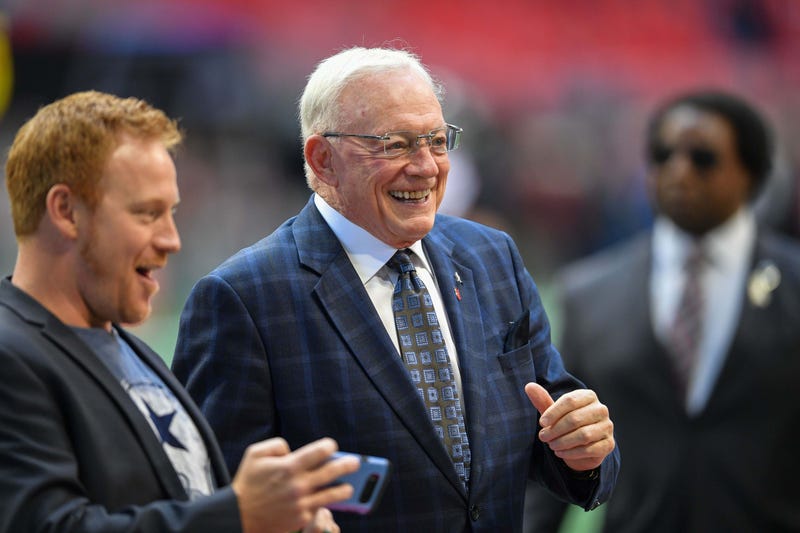 DALLAS (105.3 THE FAN) - The black cat turned out to be a bad omen for the NY Giants as they were beaten again by the Dallas Cowboys on Monday night, and owner Jerry Jones says it was all part of his plan.

"I've had that cat kept in the deep dark spots of that stadium for years just waitin' for him to come out," said Jones on his weekly show with The Fan's Shan & RJ show. "I told Rosey to go down and unchain him and get him out on the field!"

The black cat scampered on the field during a Giants drive in the second quarter and forced referee Clay Martin to delay the game while workers at MetLife Stadium and some New Jersey State Troopers herded the feline toward the end zone away from the players.

"I've had that cat in a big dark spot in that stadium, ever since Hoffa (in the old stadium)." said Jerry Jones, jokingly. @1053thefan pic.twitter.com/lNm9Dj0Zbn

Jones was joking of course, but felt lucky in the fact that the defense saved the day against the NFC East rivals, while penalties could have cost them the game.

"The number one mistakes at the top of the list, don't have those kinds of penalties,' said Jones. "Our mistakes really got us in a bind, early. We should have had points on the board."

"We've got a chance to really be right there competing, but we won't be if we make those mistakes" said Jones.

Dak Prescott shook off an interception on his first pass of the game and threw for three touchdowns, and the Cowboys turned three Daniel Jones turnovers into 13 points on their way to a 37-18 win.

The chippy fourth quarter belonged to Dallas and Prescott, who finished 22 of 35 for 257 yards. He has thrown for 12 TDs against New York in the last four games.

The Cowboys will host the Minnesota vikings on Sunday night.