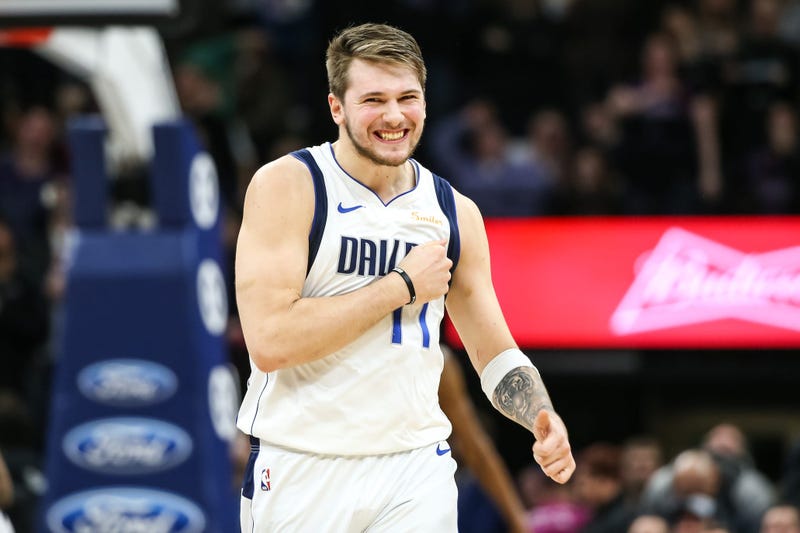 Welcome to Episode 31 of "The Step Back: A Mavs Podcast,'' where we discuss anything and everything related to the Dallas Mavericks: game coverage, breaking news, rumors, you name it! My guys Dalton Trigg and Matt Galatzan are your hosts, and you can follow along with their Mavs conversations on Twitter: @dalton_trigg and @MattGalatzan. Message us at @StepBackMavs on Twitter with any Mavs-related questions you may have, and it could end up being discussed on the pod.

In this week’s episode, Dalton and Matt use the NBA’s summer dead period to discuss a wide variety of topics, including the offseason workout regimen and resulting physical changes for Kristaps Porzingis and Luka Doncic, both of whom have made tremendous strides in their conditioning in the last few months.

The guys then dissect the early leaks of the Mavs regular-season schedule for next season, before falling down an NBA rabbit hole centering around the New Orleans Pelicans, Zion Williamson’s health, and NBA Rookie of the Year runner up, Trae Young, who has made some changes of his own during his first NBA offseason.

The podcast wraps up with the guys having an interesting debate about the Mavs and their potential involvement with the Memphis Grizzlies and veteran wing Andre Iguodala, who was, according to an exclusive report from 105.3 The Fan, at the center of trade discussions between the two teams.

As the summer dead period continues, however, the idea of those kinds of trades, as well as the potential for Dallas to circle around to another ‘Mavs-friendly target,' is what keeps the MFFL fuel burning until the beginning of Mavs Media Day is able to take the torch.

You will be able to find each and every pod episode of the Step Back: A Mavs Podcast on iTunes, Spotify, Stitcher, Anchor, Google Podcasts, and right here on 105.3 The Fan’s website. You can also follow the guys on Instagram @StepbackMavs. There are also a lot of very exciting guests on the horizon, so stay tuned!

Listen to the podcast right here.