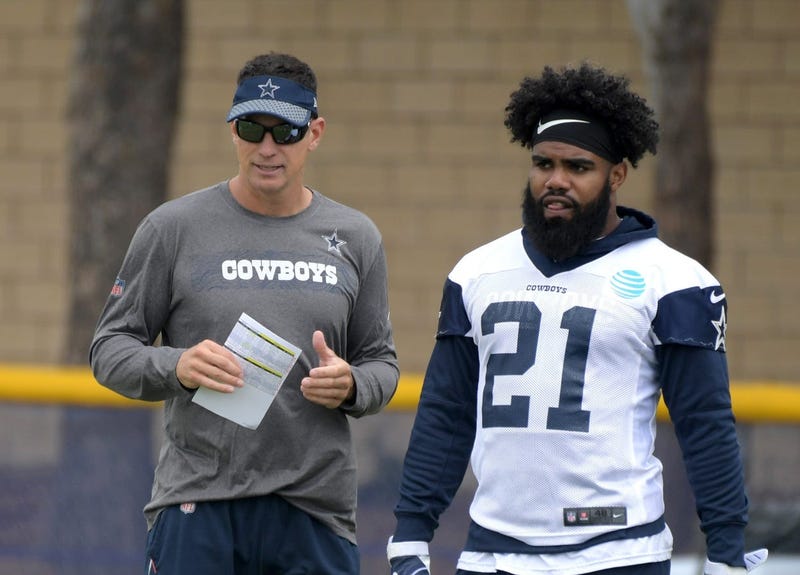 DALLAS (105.3 The Fan) - Now that the Cowboys have decided to move on from offensive coordinator Scott Linehan, their next course of action is figuring out who takes over the play-calling reigns next season.

The favorite among the in-house candidates appears to be tight ends coach Doug Nussmeier, 105.3 The Fan's Mike Fisher reports. Nussmeier has spent the majority of his coaching career at the college level. He spent time at Fresno State, Washington, Alabama, Michigan, and Florida as the offensive coordinator and quarterbacks' coach. He joined Jason Garrett's staff in 2018 after departing Florida.

I'd get ready for Doug Nussmeier. A lot of experience with QBs and as an OC in the college game. https://t.co/LIo7sNvsRp

What's most interesting about Coley is the fact that he was an offensive assistant when Garrett was the Miami Dolphins quarterbacks' coach.

105.3 The Fan's Ben Rogers also speculates that former tight end Jason Witten could be another name to watch in the search.