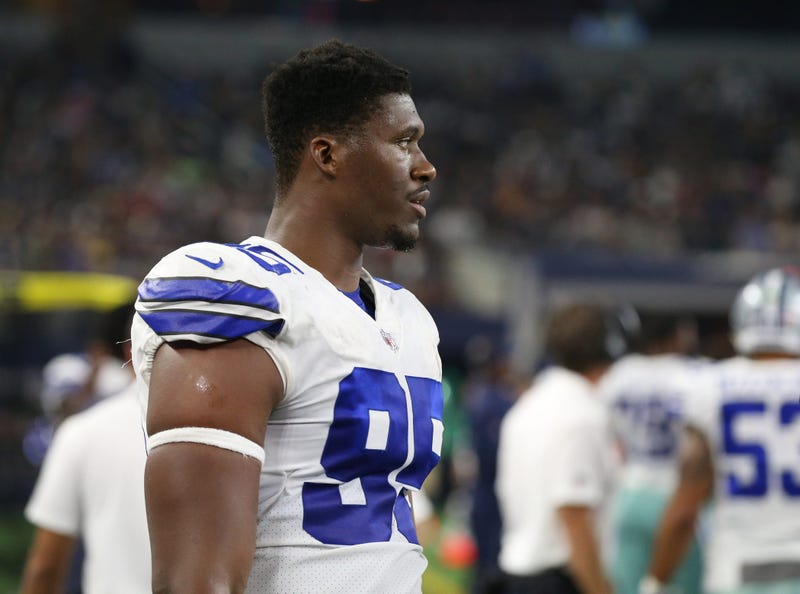 FRISCO (105.3 THE FAN) - Dallas Cowboys DT David Irving is in trouble with the NFL for allegedly missing several drug tests.

Irving, who hasn't played for the Cowboys since the Redskins game on October 21st, has been plagued by "off-the-field" issues the entire season.

As of this moment, Irving is still on the Cowboys 53-man playoff-bound roster. But Irving has missed "multiple'' mandatory drug tests in the last two months, sources tell me, putting in jeopardy not only any chance he has of participating with this team during the NFL Playoffs but also his chance of playing in the league anytime soon.

Irving's personal life remains in a state of turmoil due in part to his tumultuous relationship with the mother of his young daughter. But his football life is on hold only in part due to the high ankle sprain he sustained in practice on Nov. 2. More problematic: "He's just sort of checked out,'' one person close to the situation tells me.

And that includes not only failing to show up for work here inside The Star, but also failing to keep his mandatory appointments for drug testing.

Irving is in the NFL's substance abuse program; sources tell me that during Cowboys training camp last summer he skipped at least one mandatory test ("failure to comply,'' the NFL calls it) and once the 2018 season began, he was hit with a four-game suspension. That marked the second consecutive season Irving was on the suspended list to start the year.

Earlier this year, Irving indicated that he was finding peace in all of this, saying, "I’ve been through a lot, (but) I’ve seen the light at the end of the tunnel.''

The reality here: An "FTC'' ("failure to comply'') counts the same as a failed test for all NFL players, including Irving, who has at times been vocal about his objection to the drug policy as it relates to marijuana use.

As talented as he is -- Irving has played in only 10 games over the last two seasons but registered eight sacks during that stretch -- there are now also issues of condition that likely block a return anytime soon.

In addition to the ankle issue and conditioning issues, there is this: If the Cowboys attempt to activate him, that might activate the NFL into taking action against him. Presently, it's seems like a "see-no-evil'' situation; the league may not wish to call attention to this unfortunate story ... but Irving trying to play may force their hand in a negative way. And therefore, as the Cowboys get ready to travel to Los Angeles for their Saturday night playoff game against the Rams, Irving is uninvolved ... and in trouble.