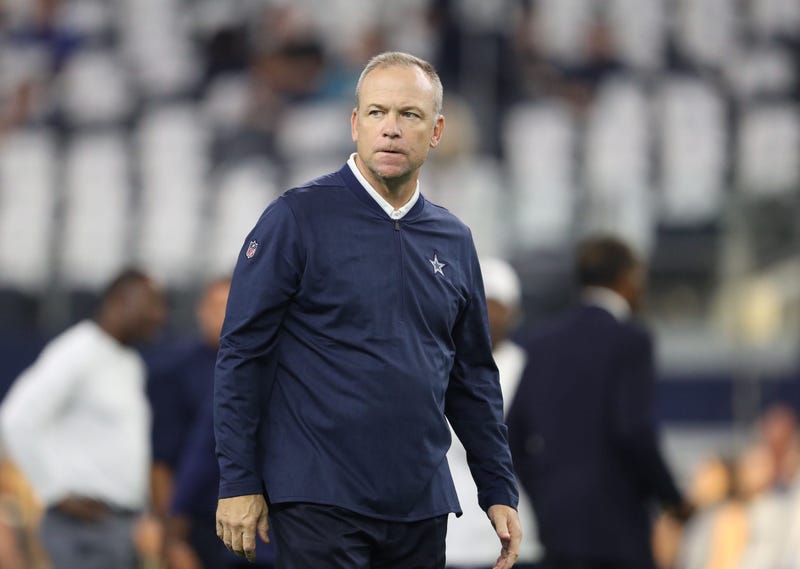 After the Cowboys were eliminated on Saturday night by the Los Angeles Rams, speculation was raised about the future of offensive coordinator Scott Linehan.

It all started this morning when Garrett said on 105.3 The Fan that he expects Linehan to return as the team's offensive coordinator next season.

Several hours later, Garrett changed his tune, saying he didn't remember what he had said on The Fan and that the club hadn't held their end of season meeting to discuss coaches and players futures.

"It's still pretty immediate right now. Obviously, we just played the game on Saturday night," Garrett said at his end of season press conference. "Over the last several days, I've been in player interviews. We're going to have our first real staff meeting when we get done with the press conference and we'll talk about staff stuff. We haven't had any conversations about our staff at all."

When further questioned about his answer, Garrett said, "we haven't had any subsequent conversations about our staff. Scott did a great job this year. I don't know how I answered that question this morning. Nothing has changed."

Following the on-camera session with the media, Garrett was once again asked about Scott Linehan's future with the team and said regardless of his previous answers, he expects Linehan to remain with the Cowboys in 2019.

Garrett phrasing in 3 media sessions today = awkward. But #Cowboys HC seems to want Linehan to stay, thinks he will ... but cannot yet be certain. @NFL_Cowboys247

Linehan has spent the last five seasons on Garrett's staff and taken the brunt of the criticism the last two seasons for failing to adapt his offense to the always-evolving NFL.