DALLAS (105.3 The Fan) - The Cowboys have been holding out hope that this would be the week Dak Prescott makes his return to the field, but it's looking like it'll be at least another week before the quarterback is healthy enough to play.

Cowboys owner Jerry Jones has said repeatedly over the past couple of weeks that Prescott won't be able to play until he can grip the football with his broken right thumb. And with the team set to begin their on-field work on Wednesday in preparation for a tough road game against the Los Angeles Rams, it doesn't appear that Prescott will be ready to join them just yet.

"No, not well enough to play," Jones said on Shan and RJ on 105.3 The Fan, when asked if Prescott can grip the football right now.

Jones' comments are key because head coach Mike McCarthy said Monday that he wants to see Prescott get in a full week's worth of practices before he'll throw him into game action.

So while it appears that Prescott won't be suiting up this Sunday, Jones is pleased with the progress the quarterback has made.

"Well, I know that it's better, and I know that he's going to go out there every day and make progress toward being able to grip the ball. I don't know that you could ask for better news technically, physically in how it's responding, how it's healing so to speak," Jones said. "And, so, all of those things are on go, and I don't know that you could make any more progress. There's some things here about healing that I often say only the man upstairs knows how that works. But he'll have a big week and he'll be hard on himself getting ready to go."

Prescott is set to see the doctor on Tuesday, so we should know more soon. 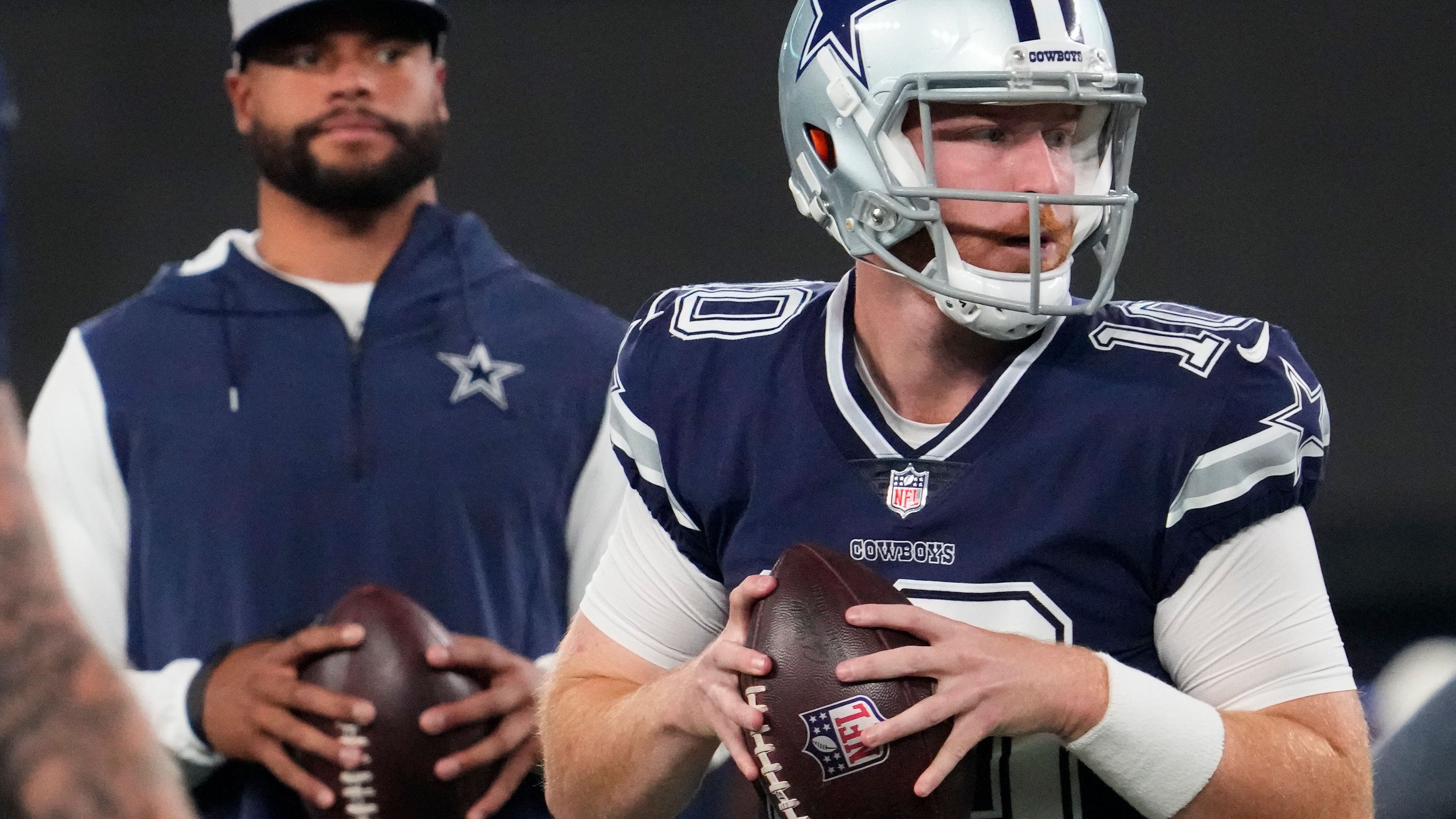