And during his final weekly visit of the season with 105.3 The Fan's K&C Masterpiece, Jones's feelings had not softened, as he refused to give a comment one way or the other about the future of head coach Mike McCarthy.

“I won’t get in to any conversations that I’ve had with anybody relative to” Jones said. “I’ve got a lot to think about regarding these coaches. (The Cowboys) have Everyone under contract that I want to have under contract."

Jones did comment on the idea in a broad sense, however, noting that, despite his frustrations, if he thought a major changes in coaching personnel were necessary, that he would do it.

"If I thought changing out men at any level would improve us, I would change it out," Jones said. "I haven’t seen but a couple of them that I thought might have a straight shot in to what’s up above. That’s Belichick up there in New England. His record has been unbelievable. But aside from that I’ll be very candid with you, I see human beings, human frailties, human work ethic and human excelling coming up with a way to go. Bottom line is yes I’m very, very frustrated."

With that said, however, Jones was not shy about stating his frustrations with the staff, and by way of association, McCarthy, for their apparent lack of ability to adjust during the season. 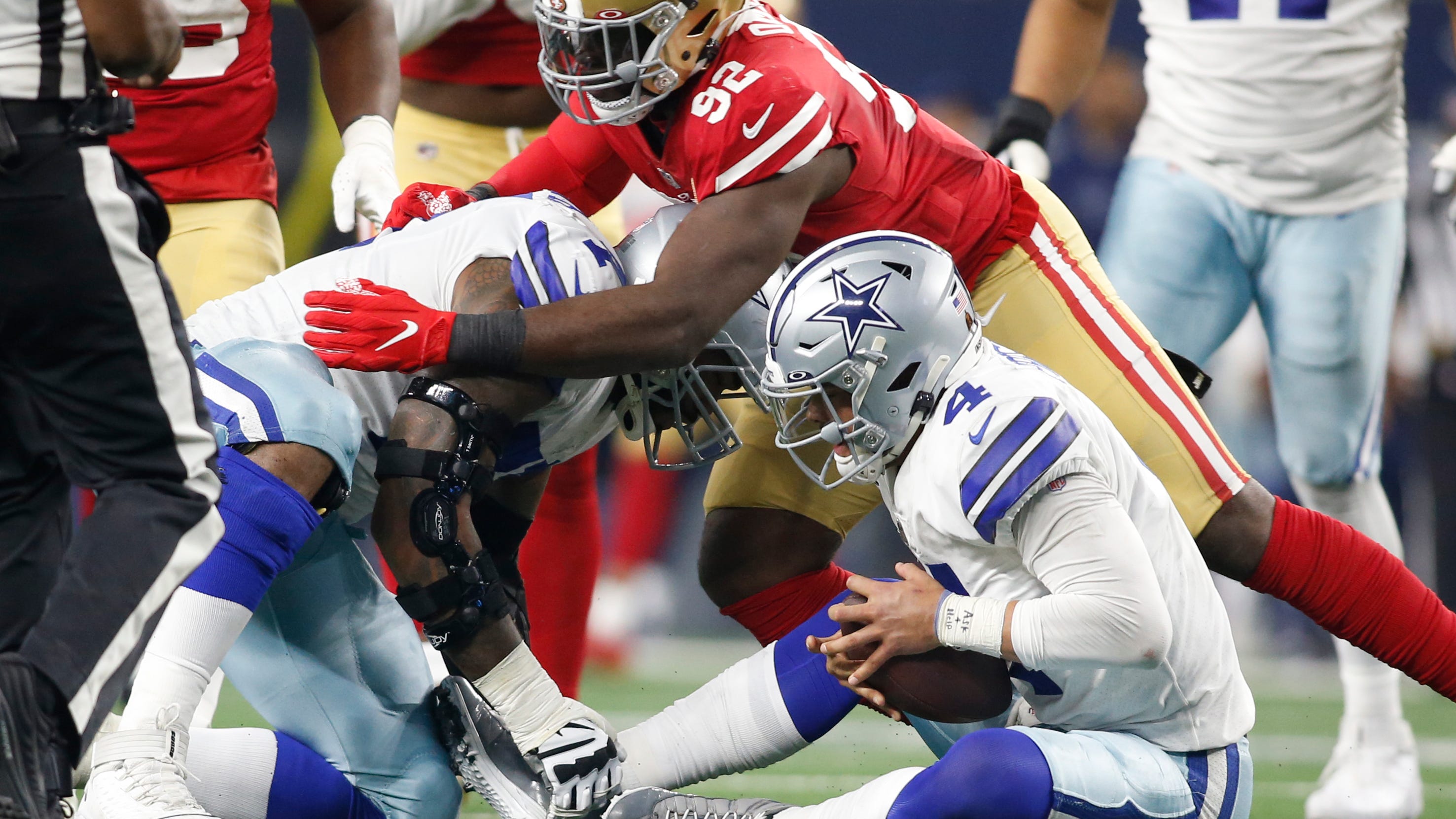 What Cowboys issue will be magnified after the divisional round?

Jones also made it clear that final decision on the futures of every coach within the franchise ultimately lies with himself.

"Let me be real clear, one of the pet peeves I have is that I don't like this, 'Well we've got to work on this in the offseasons, we got to work on this.' I don't go for that," Jones said. "I want those things recognized and addressed after we play Tampa after the first game, or after we play the sixth game. I don't want to wait until we're sitting here with no season left to address these things we're doing or not doing. All of that is in the mix here and a part of what I do. That's the way I do it, as you know, the ultimate decision in these coaches is one that I have to make."