Prescott has been out since fracturing his right thumb late in the Cowboys' Week 1 loss to the Tampa Bay Buccaneers.

However, Dallas will face its toughest test yet on Sunday against the undefeated Eagles. 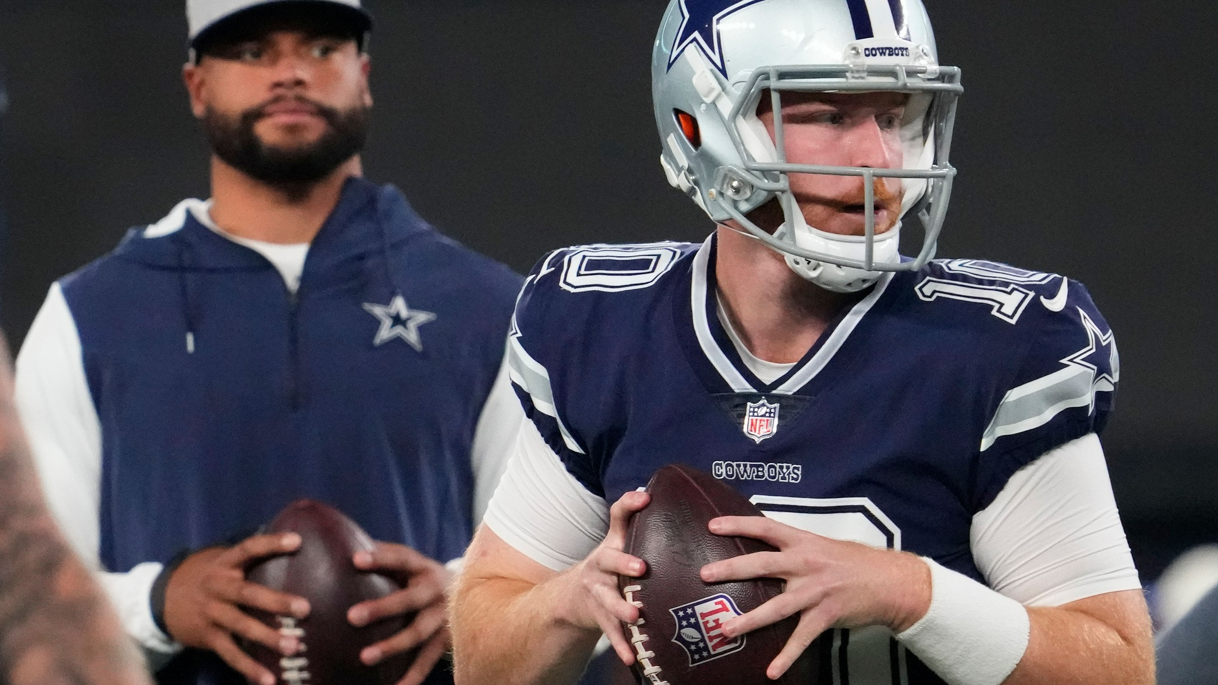 Love of the Star: Cowboys get big win but offense needs Dak Prescott back

That said, Prescott’s recovery is said to be going smoothly, and the tilt in Philly has been identified as the most likely return date.

The Cowboys will start working on Prescott's ability to 'spin the ball' on Wednesday.

"Can he zip the ball out there and make the throw? We'll start working on that Wednesday," Jones said. "He's certainly doing the kinds of things medically that you want to do. That is the indications the x-rays, all of that, having tremendous improvement. But can he spin the ball? We know Dak Prescott can play and we know he will be ready to play, the minute he gets the chance to go into the game. Can he spin the ball? We'll see."

Coach Mike McCarthy said last week that he wants to see Prescott get in a full week's worth of practices before he'll throw him into game action.

It sounds like Prescott will get an opportunity to do just that this week.