The severity of Gregory's injury is unknown, but he's expected to be ready to go for offseason workouts, Archer adds. But which team he'll be doing those workouts is up in the air with the 29-year-old set to become a free agent in March.

Since being selected with the 60th overall pick in the 2015 NFL Draft, Gregory struggled to stay on the field due to his marijuana use to help him cope with mental health issues. The pass rusher played in just 38 of a possible 96 regular-season games over his first six seasons.

Gregory returned this season after being reinstated by the NFL and became one of the team's best players on their vastly improved defense. in nine games, he had six sacks and 15 tackles. 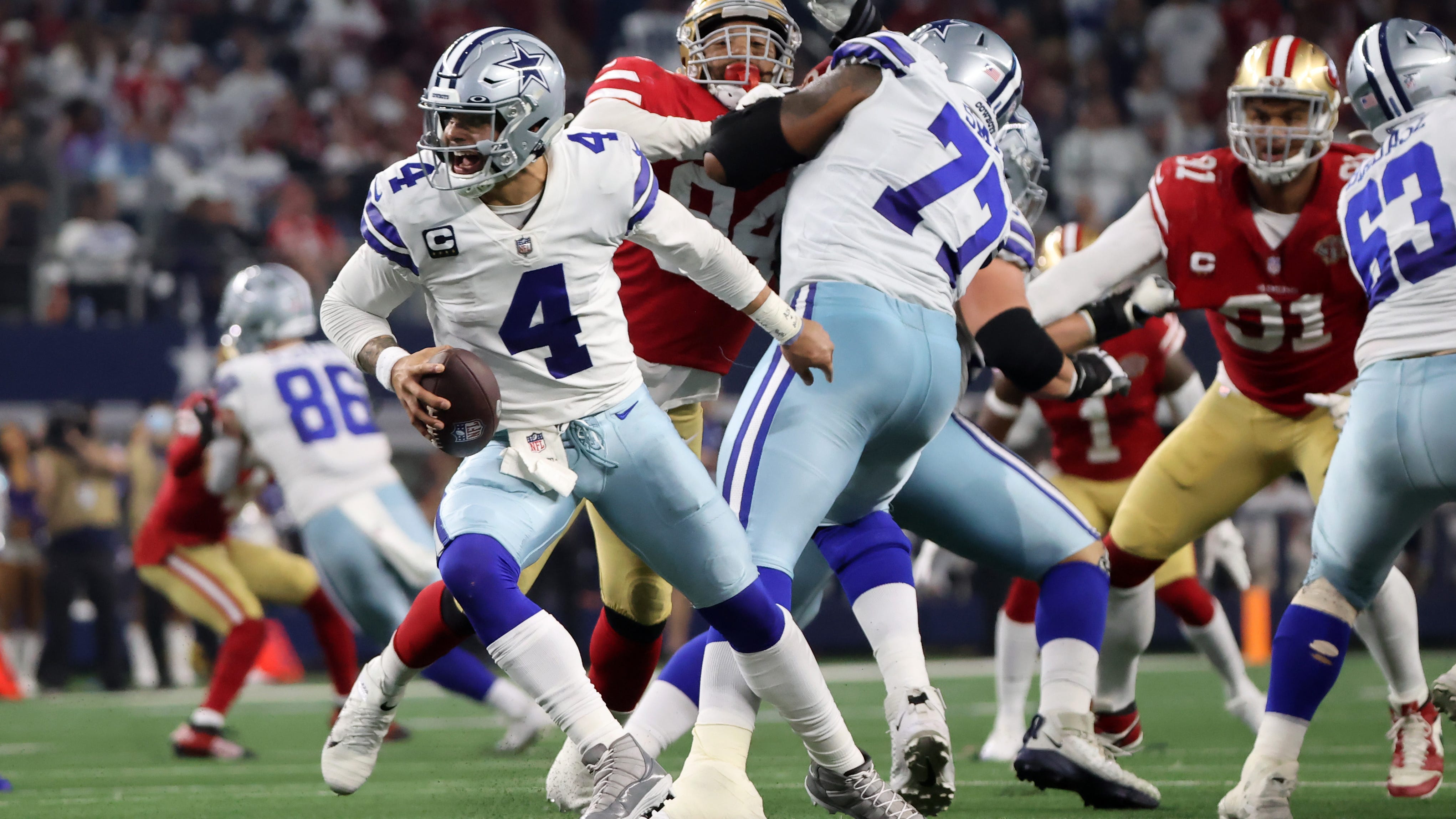 Babe Laufenberg on Cowboys/49ers final play, being nervous before a big game