DALLAS (105.3 The Fan) - Now that several hours have passed since Dak Prescott suffered a season-ending ankle injury in Sunday's win over the Giants, much of the conversation has turned towards the fact that Prescott was playing this season under the franchise tag. 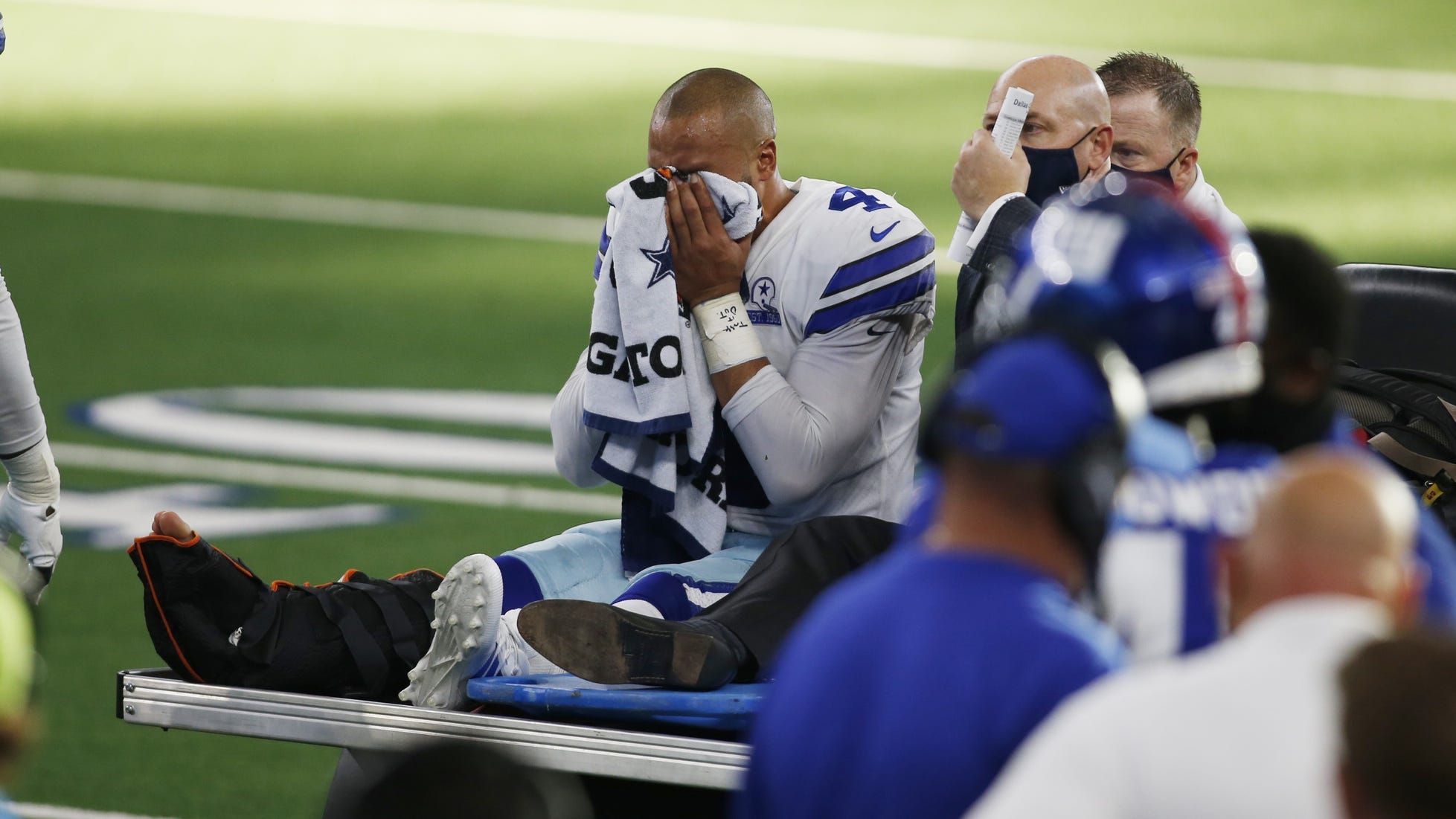 The Joneses were unable to come to an agreement with Prescott and his agent Todd France in the offseason, forcing them to place the tag on the quarterback.

Become a more informed bettor with BetQL. Find out which way the public is betting on the Cowboys for the rest of this season with the BetQL public betting dashboardand get the data sportsbooks don't want you to know about!

The Cowboys stance all along since those negotiations didn't result in an extension has been that Prescott is their quarterback of the future, and last night's devastating injury didn't change their feelings about him.

"Absolutely not. Absolutely not. He's our future. He's special. If anyone can overcome anything it will be Dak. It's something our doctors feel like he'll overcome, and he'll come back better than ever," Cowboys COO Stephen Jones said Monday morning on 105.3 The Fan.

Cameras showed Jones and his family were visibly shaken as Prescott was being tended to by the team's medical staff.

"To lose our leader, our captain, he's our heart. (It) just really kills you deep down for him. ... We're still in shock," Jones said. "Dak's such a warrior. He's been through a lot. He's always overcome it and this is going to be no exception. ... It's a very difficult setback for him and for us. It's something we feel great about him totally overcoming and he'll come back ready to go next year."

Jones said he was able to speak with his franchise quarterback after the game and he gave him some words of encouragement.

"(I told him) how much our prayers are with him. How much we believe in him. How much we're going to miss him. But at the same time, he's going to come back better, stronger ... better than ever," Jones said. "(He's) the face of our franchise, and we know that he'll overcome this. He's a driven, special man."

When asked if he can confirm the report that Prescott will need four to six months to recover from the injury, Jones said "it's premature to go there just yet."