Behind 20 three-pointers, the Mavs staved off elimination by beating the Warriors 119-109 in Game 4 on Tuesday night at the American Airlines Center, forcing a Game 5 on Thursday back in San Francisco.

Despite the win, history is far from being on the Mavs' side, as no team has ever come back from a 3-0 deficit in the playoffs. But if Game 4 is any indication of how Game 5 might go, they aren't going away quietly.

"You never know, man."@luka7doncic talked to @ALaForce about possibly being the first team to come back from a 0-3 series deficit after the @dallasmavs' Game 4 win. pic.twitter.com/ylfjdTh8HR

Doncic narrowly missed out on a triple-double Tuesday, recording 30 points on 10-26 shooting, to go along with 14 rebounds and nine assists. He connected on three of the team's 20 threes. Sharpshooter Reggie Bullock knocked down 6-10 from deep after going 0-7 from distance in Game 3.

If the Mavs want to extend this series even further, they'll have to continue their hot shooting in San Francisco, where they dropped Games 1 and 2 of the series. All hope in coming out of the Bay with a win on Thursday isn't as bleak as it would seem, though, as Dallas had a 19-point lead at one point in Game 2, only to see Golden State roar back in the second half to win.

"I still believe we can win...we're going to believe til the end"

Luka isn't giving up, no matter what. pic.twitter.com/Fxc2n8RWPm

"I still believe we can win," Doncic later in his postgame media availability. … At the end, if you lose, you lose. It doesn't matter how many [games] you win. We have to go game by game. We're going to believe till the end." 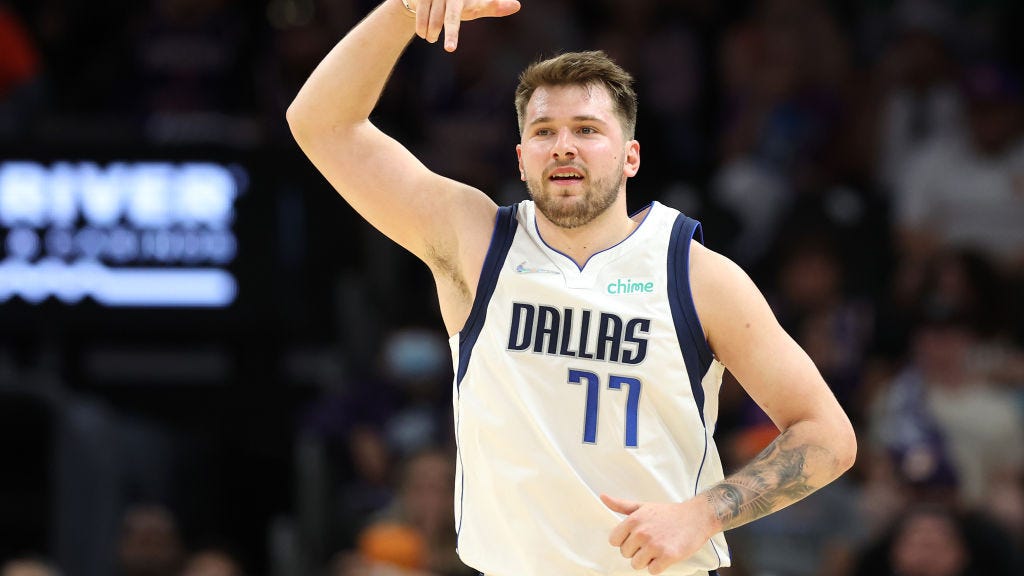