DALLAS (105.3 The Fan) - We already know free-agent point guard Jalen Brunson is about to get paid this offseason, but we didn't know he was going to be paid that much.

According to ESPN's Adrian Wojnarowski, the Mavericks might have to shell out a large sum of money in order to retain Luka Doncic's backcourt mate.

“Because of the risk of losing Brunson for nothing to the Knicks, where his former agent, Leon Rose, is the president of basketball operations, and his father, Rick, is a newly hired assistant coach, it could take nearly a max contract for the Mavericks to keep him.”

Brunson is eligible to receive a five-year, $175,450,000 offer from the Mavericks this offseason. But a contract that large has never been discussed this offseason by the basketball insiders.

In a recent interview with Shan and RJ on 105.3 The Fan, Bleacher Report's Jake Fischer said he expected Brunson to land a contract worth "well over $20 million per year," but "there's confidence on Dallas' side that the [contract will not exceed $100 million.]"

Following the Mavs' elimination from the Western Conference Finals, ESPN's Tim MacMahon reported that Brunson could land a four-year deal in the range of $20-25 million per season.

This latest report from ESPN comes on the heels of Fischer reporting on Tuesday night that Brunson is telling teammates that he's returning to the Mavericks. 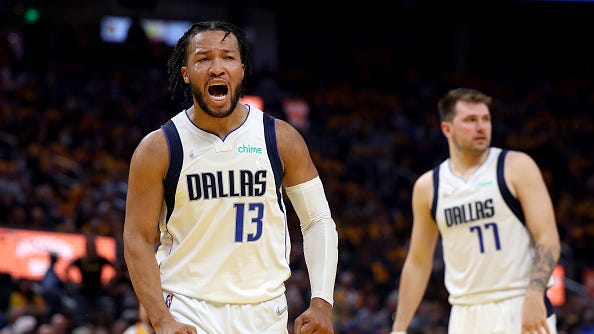 Jalen Brunson reportedly telling teammates he is returning to Mavericks

Is Brunson a near-max player? Absolutely not. But there's a catch...

Due to NBA salary cap rules, Dallas can go over the cap to re-sign Brunson to a long-term contract. Such a deal as costly as the one MacMahon suggested Brunson might receive would force Mavs owner Mark Cuban into paying the luxury tax. The alternatives are: either you lose him for nothing, or you get assets back in a sign-and-trade from the team that lands him.

According to MacMahon, Dallas had an opportunity to sew up a four-year, $55.5 million contract extension with Brunson before the season, but they didn't offer him a deal after he struggled in the team's 2021 first-round playoff series loss to the Clippers last year.

Dallas also passed on making him an offer in the middle of the season after Brunson cemented himself into the starting lineup for good after he was slated to be a temporary fill-in for an injured Doncic.

His strong performance and Dallas' ability to pay him what he wants is a big reason why the Mavs are confident in their abilities to keep him.

"We can pay him more than anybody. I think he wants to stay, and that's most important. I think [Jason Kidd] has a big part to play in that," Cuban said after the Western Conference Finals. "I think JB blossomed as a player as much as anybody on this squad. From where he was last year, to how far he came this year, is a tribute to how hard he worked. And the support he got from his dad, and his family, and his girlfriend, but also, what he was able to learn from [Kidd]. I think he recognizes that and I think he wants to stay." 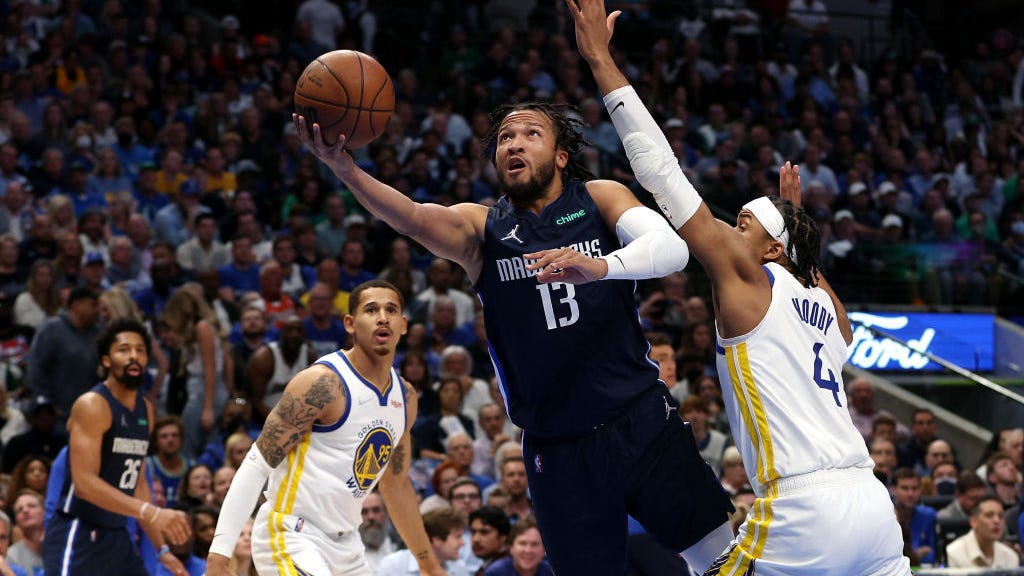 Are the Mavs playing it safe by re-signing Jalen Brunson?