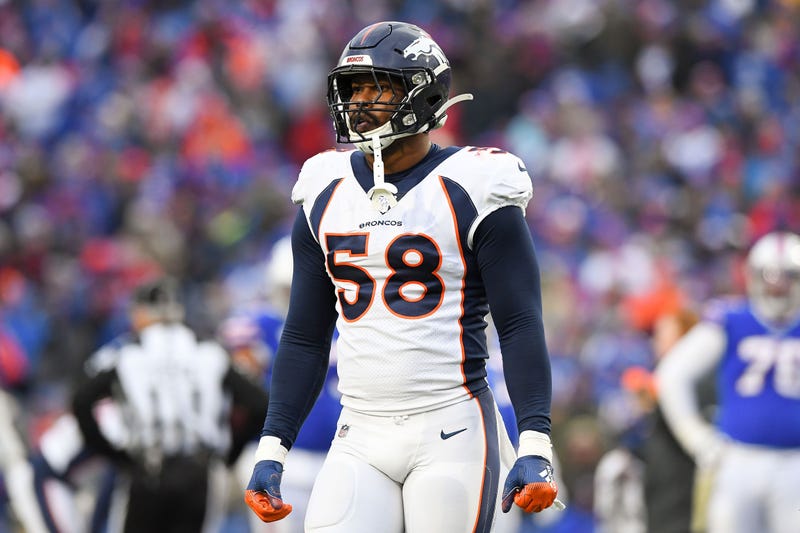 DALLAS (105.3 The Fan) - Broncos star linebacker Von Miller is "under criminal investigation" by the Parker, Colorado police department, according to KDVR in Denver.

Fox31 is reporting that Miller, a Dallas native and former standout at DeSoto High School and Texas A&M, is being accused of domestic violence by his ex-fiancée.

Fox31 provided this statement from the Parker Police Department on the investigation:

“The case is currently under investigation, and no information can be released at this time. If the investigation determines a crime has occurred, charges will be submitted to the DA’s Office for their review.”

Miller, 31, missed the entire 2020 season due to an ankle injury. He has one year remaining on his contract worth up to $18 million.