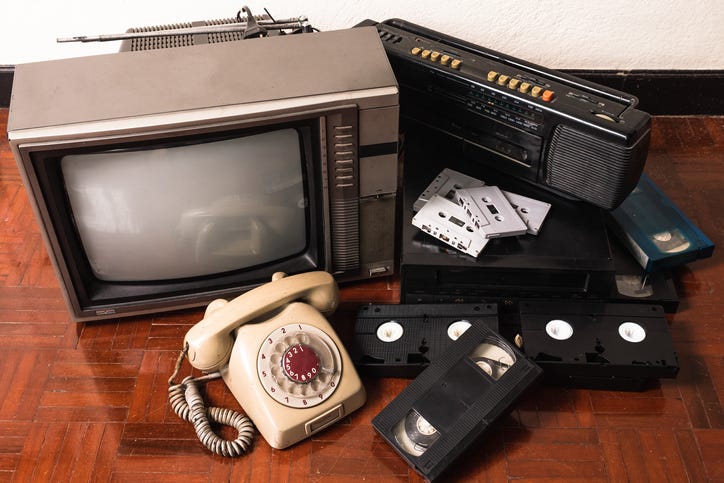 Remember the fun of choosing a video at the video store? The first Blockbuster opened in 1985. Photo credit Getty
By Kitty Dunn, 105.5 Triple M

Every week host Amber Star takes us back to a different year in music history. Friday nights at 10! This week it's 1985, when some of us hadn't decided if Beta was better or VHS was the way to go. That's the year the first Blockbuster video store opened. The world's fastest computer the Cray 2 (created by Seymour Cray of Chippewa Falls Wisconsin), which went about as fast the current iPad2. It was the year that Dire Straits Brothers in Arms became the first CD to sell a million copies.
New TV shows included Moonlighting, Golden Girls and MacGyver. The box office was raking in money from Back To The Future, The Breakfast Club, and The Color Purple.
It was also the year that the little Barbie pizza table was patented. It's officially called a "package saver."
The Friday Night Flashback is sponsored by Funk's Pub in Fitchburg. Feel the vibe!