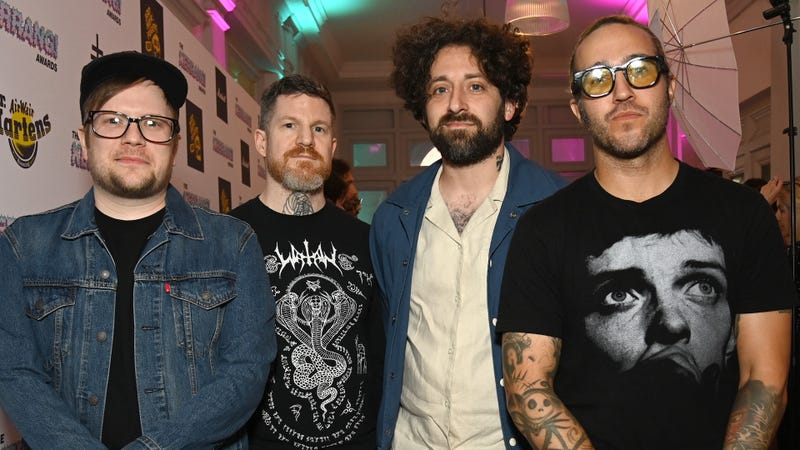 Fall Out Boy fans are in a frenzy about the possibility of a new album in the works.

Fall Out Boy teased the possibility of a new project in an ad in the Chicago Tribune, their hometown newspaper.

The ad reads “FOB 8” with “If you build it, they will come” right under on an all-black background.

An advertisement in the Chicago Tribune popped up recently with the words "FOB 8" and some vague text.

Fall Out Boy fans theorize that this may be connected to a new release from the band. #FallOutBoy #Fob8
📷 @davidjude pic.twitter.com/PN5f3zRibZ

This project is highly anticipated as it will be the follow-up to their 2018 project, M A N I A.

There hadn’t been much talk of new music being released prior to the ad being published other than Joe Trohman, the guitarist of the group, explaining that some of the new “guitar-based” projects were being placed on the “back burner,” he shared in an interview with Rolling Stone earlier this year.

Joe shared that he hopes their next project emphasizes the sound and instruments and not so much focus on samples. “We can play music, let's play the music. Let's not go for samples.”

In an interview with Kerrang, Patrick Stump added “I do know that the next record we put out, or whatever we do next, it’s going to be something that we really care about. And it’s something that we’re going to spend a lot of time on.”

It's safe to say fans can expect music from the group that was filled with thought and remains true to their roots. Check out the ad above.