Filmmakers and musicians Colson Baker (Machine Gun Kelly) and MOD SUN join us for a special Audacy Check In with host Kevan Kenney as they talk shop about their brand new feature flick GOOD MOURNING set to hit theaters and streaming services on May 20.

Listen to your favorite music now -- curated for fans, by fans -- on Audacy’s Machine Gun Kelly Radio, and more!

Kelly, real name Colson Baker, and MOD SUN teamed up on their full length directorial debut, writing and co-starring in the soon-to-be-released comedy GOOD MOURNING, also featuring Becky G, Dove Cameron, and Whitney Cummings -- with special appearances from Megan Fox and Pete Davidson, too. This won’t be the first time Colson and MOD SUN have put down the microphone in favor of a clapperboard, directing and starring in the 2021 film Downfalls High, based on MGK’s album Tickets to My Downfall as well as working on a number of music videos together.

“This was a real job,” says MOD SUN with a shake of his head regarding the stark differences between their previous musical and video projects and GOOD MOURNING. “We had millions of dollars of other people’s money depending on us to not fail,” Colson adds with a laugh.

After Kevan listed off a few of his favorite scenes from the film, Colson adds, “To an extent, we made a stoner comedy, absolutely. To an extent, there is pride in the fact that there aren’t these overthought jokes and it does go back to what we grew up loving – which was visual comedy that just made you laugh.” But he points out, “we’re 100% art kids, like whores for visuals that make you think or that stick with you… that’s what’s so beautiful about movies. Making the movie, we did go into it with the intention that we want to have certain shots that kids go to school and use these as examples.”

“The microwave shot was one of those shots,” Colson reveals. “Even to get that gag to work... it was really tough… We originally were like, ‘just put a camera in the microwave,’ and it’s like, ‘you can’t do that.’”

“Honestly, I think we learned too that when you add any of those shots,” says MOD SUN, “you lose something. That’s why you don’t see movies have a bunch of those creative shots, because they’re actually hard to pull off and time consuming... We really fought for those.”

Offering a few final thoughts before the duo had to leave, including a bit of a bombshell, as they explained how they had initially planned to have Toronto rapper Drake play the part of “fake Drake” in the flick, but scheduling conflicts eventually won over. The first chance they had was nixed by the owner of the home they were shooting in on a particular day. The second was more of a, let’s say, transportation issue. Colson explains: “He was in Toronto and was like, ‘if you just send a jet we can get there on time.’ We were like, ‘ahhh but this isn’t a Marvel movie budget. We would have to spend the whole movie budget on this jet.’”

As we anxiously await the release of GOOD MOURNING, in theaters and streaming beginning May 20, get all caught up with what you should expect from the flick in the full interview above -- and stay tuned for even more conversations with your favorite artists right here on Audacy.com/Live. 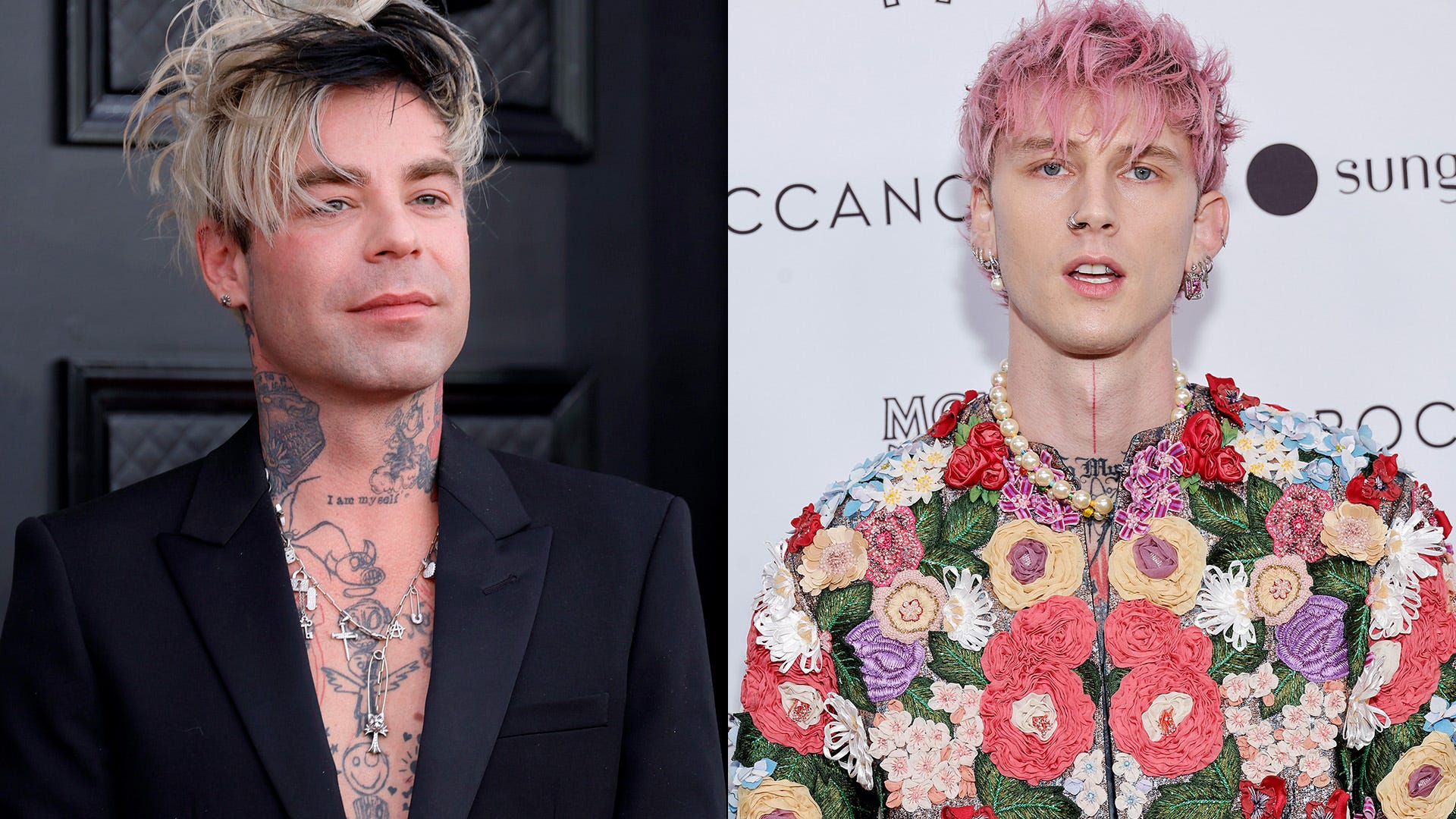 While you're in the mood, browse and favorite some of Audacy's all-new stations like Emo Kids, Punk Party, Alt New Arrivals, Alt Now, Alterna 00s, and ALT Roots stations -- plus check out our talent-hosted Kevan Kenney's Music Discovery, Megan Holiday's My So Called '90s Playlist, and Scott Lowe on the Go's Post Modern Music Box!