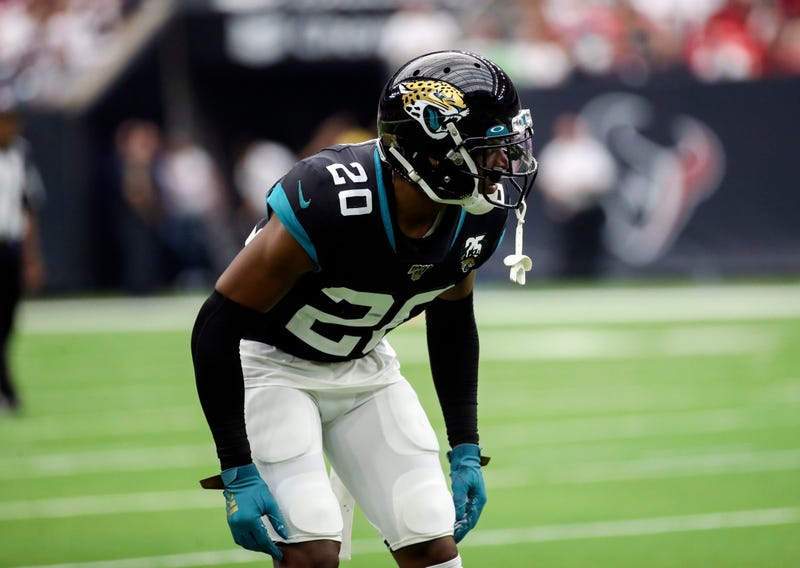 At 2-0, the Ravens have had little to no roadblocks to start the season. Their offense has seen heightened production and their defense has retained a “bend, don’t break” attitude.

However, the Ravens defense surrendered 349 yards of passing offense in Sunday’s 23-17 victory over Arizona.

The secondary has several key players out due to injuries, including Tavon Young and Jimmy Smith. Young’s neck injury and Smith’s knee sprain provide a ton of uncertainty for the Ravens moving forward.

With big-arm quarterbacks Patrick Mahomes and Baker Mayfield on the horizon, the Ravens could use another cornerback. But not just any cornerback; trade for a top-five cornerback.

Jaguars cornerback Jalen Ramsey has had multiple disputes regarding how he has been utilized under head coach Doug Marrone and has requested a trade.

CB Jalen Ramsey’s agent asked for a trade after yesterday’s loss at Houston, league sources tell @mortreport and meThe Jaguars have spoken with interested teams, but there is no current plan to trade Ramsey.

Just 24 years old, Ramsey is a two-time Pro Bowler and made first-team All Pro in 2017. Ramsey is a big-frame corner who excels in man coverage. He stands at 6’1, 208 pounds and plays physical football against top receivers.

Since entering the league in 2016, Ramsey has nine interceptions, 45 pass deflections, and 202 tackles in 50 games.

The Ravens could provide the two things Ramsey has lacked and become uneasy with during his time in Jacksonville.

Firstly, the Ravens will have the cap space to extend Ramsey to a long-term contract. According to OvertheCap, Baltimore will possess $62 million in cap space for 2020.

Secondly, the Ravens would provide front-office stability and the defensive acumen to help Ramsey thrive. Ramsey’s talent would allow him to take one-on-one matchups with elite in-division receivers such as Odell Beckham Jr., AJ Green, and JuJu Smith-Schuster.

The Jaguars are asking teams for at least one first-round pick in return for Pro Bowl CB Jalen Ramsey, but want more than that in return, per sources.

The Jaguars asking price may seem a bit steep to some, but those who understand Ramsey’s ceiling know he’s worth it. The Jags drafted Ramsey with the 5th overall pick in the 2016 NFL Draft and he played a crucial role in ending Jacksonville’s 10-year playoff drought in 2017.

A huge concern about Ramsey has been his attitude within the locker room, yet much of the distress has been due to the coaching. Ravens head coach John Harbaugh and defensive coordinator Don Martindale could negate those concerns by playing Ramsey in man coverage and provide him a legit chance to make a deep-playoff run.

As several teams start calling Jacksonville’s number, the Ravens going after Ramsey would be a no-brainer.

As the saga with Ramsey and the Jags front office continues, the Ravens should look to capitalize on adding an elite corner to their defense. As sound as the defense already is, adding Ramsey would give Baltimore another dimension moving forward in 2019.