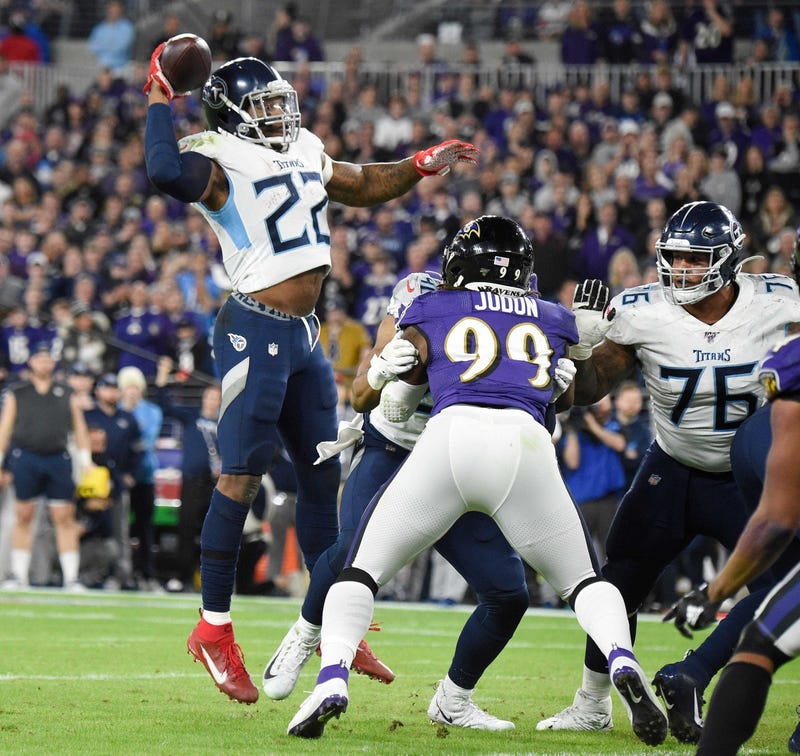 The Tennessee Titans come to M&T Bank Stadium this Sunday in a rematch of last year's AFC Divisional Playoff game, where the Titans upset the Ravens 28 to 12. The Titans victory last January was part of a magical playoff run for Tennessee and a terrible let down for the Ravens, who came into the game as the AFC's number 1 seed. This year though, both teams are 6 and 3 and seem to be searching for themselves. Is this the game that will get the winner back on the right track?

On Thursday morning former Oiler and Titan, and one half of the Bleav in Titans podcast, Denard Walker joined the Big Bad Morning Show to discuss this Sunday's matchup and what a win would mean for both teams. Walker sees both the Ravens and Titans as teams searching for an identity, but the winner will come down to whoever finds themselves first. Denard also breaks down what he's seen from the Titans defense this year and what the keys to victory will be for Tennessee.