Joe Giudice didn’t get the outcome he wanted when his deportation appeal was denied once again.

Fox News confirms the “Real Housewives of New Jersey” star will remain in Italy, where he has been living following a 41-month prison sentence for bank, mail, wire, and bankruptcy fraud.

Giudce appealed the deportation once before in November of 2018, but it was denied in April 2019.

His lawyer, James J. Leonard Jr, said he will have the option to appeal the decision again.

In a written statement obtained by the publication, the attorney says he and his client are in the process of discussing options.

“We have always maintained that Joe Giudice belongs in the United States with his family, not in Italy,” he said. 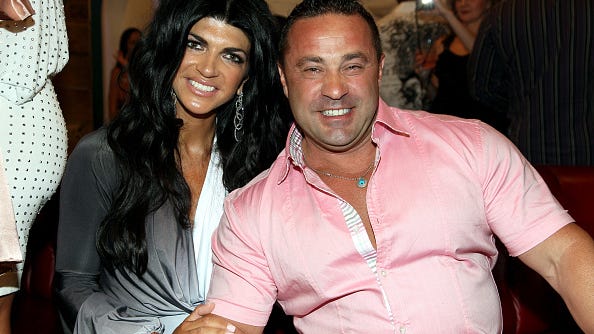 Giudice’s estranged wife, Teresa Giudice – who served 15 months in prison for fraud – lives in New Jersey along with their four daughters -- Gia, 19, Gabriella, 15, Milania, 14, and Audriana, 10.

“The immigration laws in our country are both draconian and antiquated and need to be revisited by forward-thinking members of Congress,” Giudice’s attorney wrote.

Page Six reports that the judge denied the appeal since Giudice committed “aggravated felony,” defined in court documents as “an offense that involves fraud or deceit in which the loss to the victim or victims exceeds $10,000," which is grounds for deportation. The appeal was also reportedly denied on two other technicality arguments.

Giuidice tried to argue that his loans were forgiven and thus, no “loss” was incurred, but the court wasn’t “persuaded.”

Leonard told Fox that Giudice remains in high spirits: “He’s in Italy doing everything he can to keep busy, and stay healthy. I know he’s working on some projects that I’m sure you will hear about soon, for now its day at a time like everyone else."

Giudice has been documenting his time in his hometown on social media showing off his tiny apartment and even getting a tattoo inspired by one of his daughters.

music
2021 ACM Awards: Chris Young is going 'zero to 100' when he finally plays ‘Famous Friends’ live
sports
Tom Brady ranks sixth in 2021 MVP odds on 21st anniversary of getting drafted
sports
Hear what Mel Kiper had to say about Tom Brady on the day he was drafted 21 years ago
music
Gwen Stefani shares how being 'naïve' helped 'Don't Speak' connect, 25 years later
music
2021 ACM Awards: Why Dierks Bentley is putting the spotlight on other artists during his performance
sports
College Football analyst says he'd draft Justin Fields over Zach Wilson