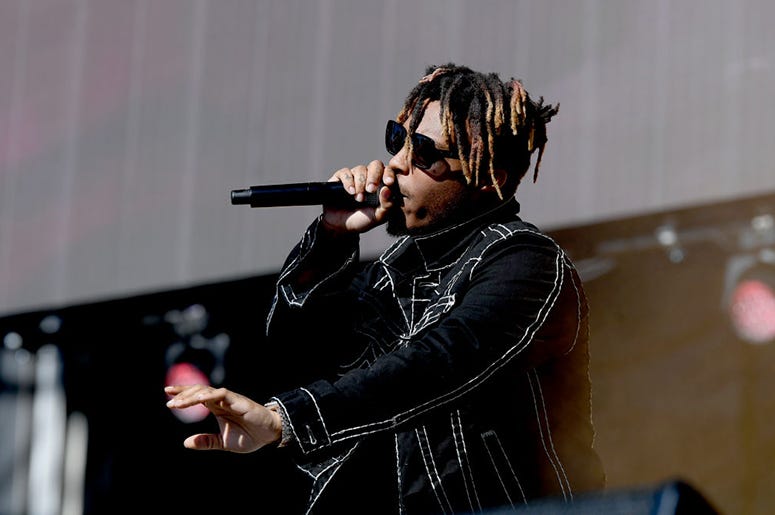 It's been almost a year since rapper Juice WRLD unexpectedly died at the age of 21 of an accidental overdose. His mother, Carmela Wallace, is now opening up about her son's addiction in hopes of sparing other parents from the same pain.

"It was devastating," Wallace said of her son's December 8 death when speaking recently to Chicago's ABC 7. "One thing I decided early on was that I was not going to hide the fact that he died from a drug overdose. I did not want to keep that a secret because there are a lot of people who deal with that every day."

Wallace understands that Juice, real name Jarad Higgins, is a cultural icon and that is precisely why she is speaking out.

"I talked to him about it. I told him my biggest fear was him overdosing on the stuff," Wallace recalled telling the "Lucid Dreams" artist. "I said, 'If you have anxiety, then you need to get medicated properly for it instead of medicating yourself.'"

"Juice WRLD was an icon, but Jarad was my son," she noted, saying that she always made it a point to never treat the bestselling artist like a celebrity. "I just wanted him to stay humble."

Through her Live Free 999 Foundation, an outreach organization that she founded after her son's death to help youths struggling with mental health and addiction issues, Wallace says her new purpose in life is "to let people know that you don't have to suffer alone."

"That's our objective with our foundation. Normalize the conversation, so it has to start with me," she added, hoping that she can begin "a legacy of healing."