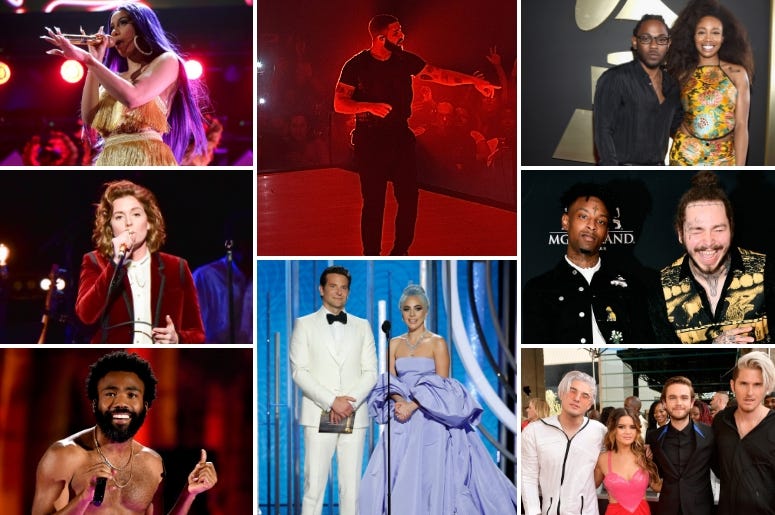 From 60's Bronx Boogaloo to Pacific Northwest Americana, with Hip Hop from the 6 to a Russian dance mashup, even movie songs from the well-worn stage to the land of Wakanda, the Record Of The Year category at the 61st Annual GRAMMY Awards is assorted and awesome.

The eight songs selected for one of the night's most prestigious awards made us think, made us dance, and made us feel. These are the nominees for Record Of The Year. 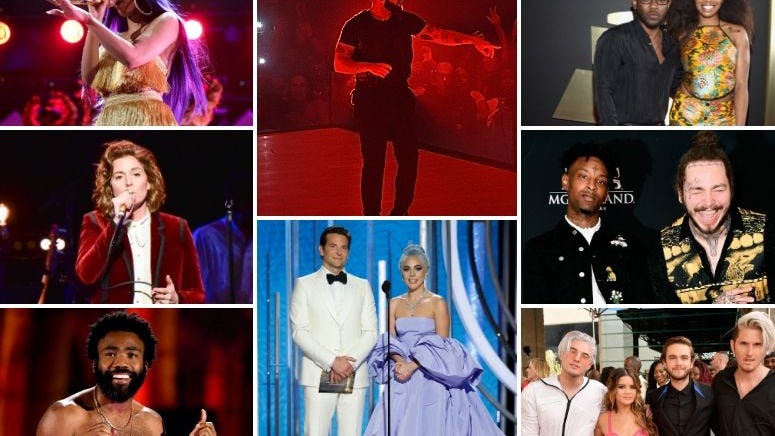 GRAMMY Awards: Vote for Record Of The Year

"I Like It Like That" has had a few different lives since it was released by Pete Rodriguez in 1967, but a sample by another Bronx native sent it to number one status. The Cardi B collaboration flourishes with Latin trap flare, and has helped to showcase the more playful, dynamic parts of one of the year's biggest breakout stars. This intercontinental, multi-generational jam ruled the summer and might help Cardi rule the GRAMMYs.

Carlile has said that "The Joke" is a song for the "misrepresented." It's an emotional anthem about the cultural boxes that society seems to force us into, and an encouragement to break out and to be yourself. It has resonated with many because of the message, but the secret is the way with which Carlile sings it, straining with sincerity and almost hoarse from its weight. As the songs swells so does the pride of the singer, and everyone lucky enough to take her words to heart.

Childish Gambino - "This Is America"

The song and video that launched a thousand think pieces, Childish Gambino used his SNL spotlight this year to unleash a cultural critique on the perception of black America and violence in America as a whole. The juxtaposition of grinding, monstrous beats and the blissful back porch fingerpicking of a guitar is just the beginning of how Gambino plays with themes and messaging, somehow crafting an onion of a song that works from so many entrance points. It's a wonder of a pop song, filled with real issues and plenty to be unpacked.

On "God's Plan", Drake flexes a feel-good bounce and a newfound optimism that put him at the top of the charts. An inescapable song, Drake revisits "the bottom" before here and the broskis over a spinning, spellbinding beat. It's a positive piece from one of the biggest artists on the planet and has a real chance just of popularity alone.

Kendrick Lamar & SZA - "All The Stars"

Another big soundtrack song that has a different power and appeal all its own. While "Shallow" is woven into the fabric of A Star Is Born, "All The Stars" reflects on the spirit of Black Panther and elaborates under the steady hand of Kendrick Lamar. Lamar finds motivation is the superhero story, as SZA brings the song a strong and soulful center.