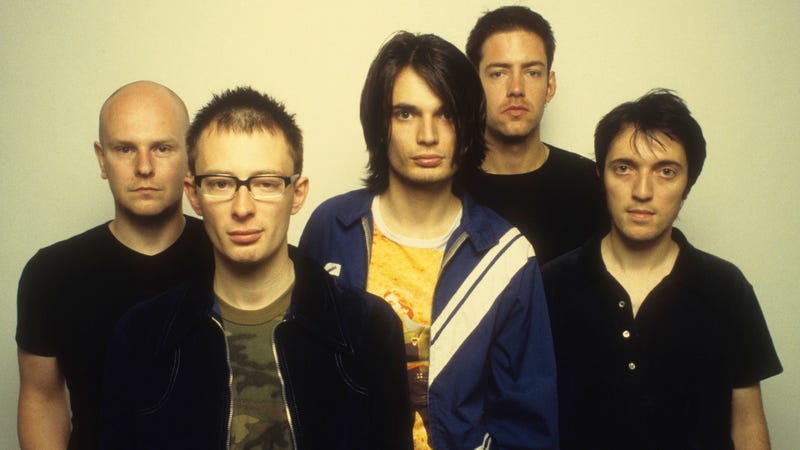 That’s exactly what happened when Radiohead released their landmark third album OK Computer back on May 21, 1997. In honor of the iconic record’s 25th anniversary, we’re looking back on how it not only changed the trajectory of Radiohead’s career, but how it served to influence countless recordings across musical genres in the years to come.

Prior to the release of OK Computer, Radiohead was a guitar-driven band. Their debut record Pablo Honey yielded the worldwide hit “Creep,” which brought the band immense popularity. The track was so popular that they ended up shelving it from live performances for quite some time.

Their follow up record,The Bends, saw Radiohead expand into different sonic territories, but still maintain the Rock ‘N’ Roll foundation of their preceding album. With the making of OK Computer, Radiohead wanted to take a different approach.

Unlike their previous two records, Radiohead opted to produce OK Computer on their own. The decision gave the band more creative freedom and removed any pressure of a deadline, but encountered a new set of difficulties.

The band was great at developing ideas, but lacked the ability of making them one cohesive unit. That’s where co-producer Nigel Godrich came in. Godrich has produced every Radiohead album since OK Computer and was a guiding force in getting the band on the same page and creating a linear element to their music.

Much of the album was recorded at St. Catherine’s Court, a historic mansion in a secluded area of Bath in the Somerset county of England.  The band utilized different areas of the house and were constantly tinkering by using the varied acoustics of the rooms.

OK Computer saw Radiohead utilize a vast swath of musical influences from Jazz, Progressive Rock, Alternative Rock, film scores, and much more. The band layered numerous sounds upon one another to create a grand sonic force. As mentioned above, the album served as a turning point for the band as it would represent a foreshadowing into their later electronica driven work.

Frontman Thom Yorke has cited the Miles Davis album Bitches Brew as one of his major influences when making OK Computer. “Bitches Brew by Miles Davis was the starting point of how things should sound,” Yorke said in a 1997 interview. “It's got this incredibly dense and terrifying sound to it. That's what I was trying to get--that sound--that was the sound in my head.”

That combination of shock, dizziness, and curiosity was found in the lyrical content of the record as well as Radiohead touched on dystopian themes, consumerism, isolation, and abstract concepts. The record featured unprecedented lyrical themes at the time as they would go on to influence countless songs in the future.

The album proved to be a smash hit upon release as it took home Best Alternative Music Album at the 1998 GRAMMY Awards and picked up a nomination for Album of the Year. It’s been certified 2X platinum since its release and is frequently listed in various publications discussing the greatest albums of all time.

The album is one of those records you can listen to from front to back with ease. It’s a record that really serves as a turning point in not only the band’s career, but in the greater music world. While it’d be naive to say OK Computer marked the end of guitar-based Rock, it did represent a wide scale shift in Alternative music incorporating elements of electronica, ambient, and experimental sounds.

25 years since its release, OK Computer holds up as one of the greatest records of all time. Celebrate its 25th anniversary with Audacy’s Radiohead Radio where you’ll hear music from all parts of Radiohead’s career.