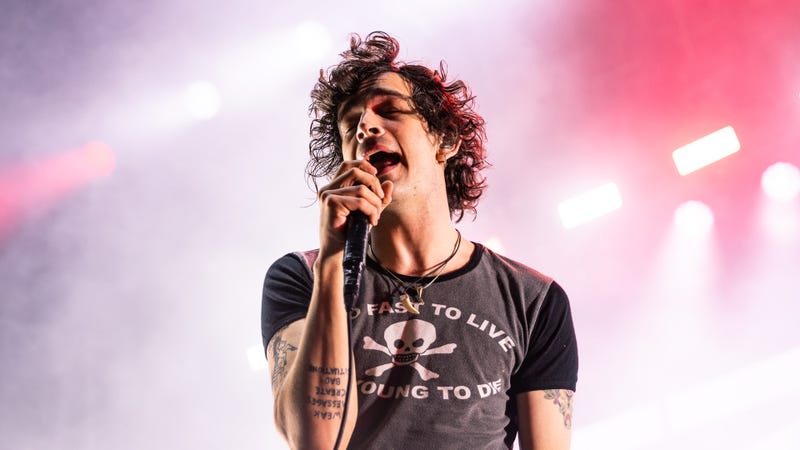 Ahead of blessing the Audacy Beach Festival stage, The 1975’s Matty Healy sat down with 107.7 The End’s Gregr to discuss success, Being Funny in a Foreign Language, and more.

LISTEN NOW: Matty Healy of The 1975 talks with Gregr

Sharing that he’s often described as more “down-to-earth,” and a lot taller than expected by most who meet him, Matty went on to explain, “I didn’t have anything that could be deemed as success until I was 23-24. By that point the band had been together for a decade and we kind of forged our values as people way before,” being famous that is.

After sharing his thoughts on Thanksgiving and finally understanding the plural term “the holidays,” as well as the World Cup and Elton John’s final show, which he noted as “kind of an end of an era,” Matty went on to talk about The 1975's newest album, Being Funny in a Foreign Language.

Delivering their 5th studio album “feels odd” Healy explained. While he does “feel wiser” and “more experienced,” he doesn’t feel particularly or fundamentally different from who he was on the first album.

“When you’re younger and you think about your career and what’ll feel like, and by the time you’ve done your fifth album it still feels weird every time you do a record. We never know what it’s going to be like, what people are going to think,” Matt noted. ”We never really are concerned with what people are gonna think, we just do what we do, and it’s amazing for it to be celebrated in the way that it is.”

“The older we get less we play which kind of  makes decision making more concise, which makes for bolder statements which is what is important.”

Matty also went on to share some insight on one of the albums tracks, “I’m In Love With You,” explaining it comes with a lot of context. “We don’t do this on-the-nose earnestness.” Going on to add, “this record is just us being more earnest and open, and with that it elicits a really base-level connection with people, because people really do just want to connect and feel loved."

Other things the fellas talked about included The 1975’s upcoming incredible live show and theatrical set design. Plus, Gregr made sure to ask whatever happened to that iconic yellow jacket from the last big tour.

To listen to the entire interview press play above, and be sure to see The 1975 this weekend at the Audacy Beach Festival in Fort Lauderdale, FL. Get your tickets here.