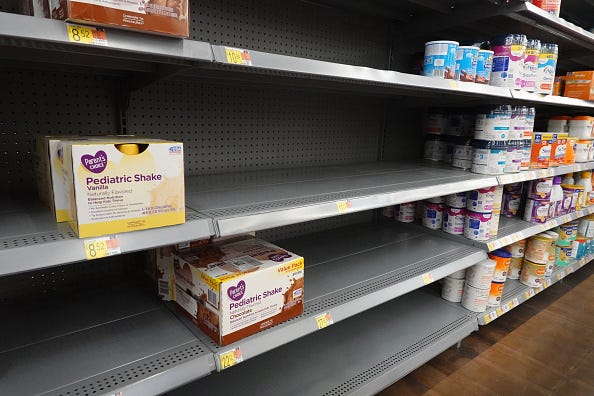 Baby formula is offered for sale at a big box store on January 13, 2022 in Chicago, Illinois. Baby formula has been is short supply in many stores around the country for several months. Photo credit Scott Olson/Getty Images
By Audacy Staff

As attention from the nation has shifted to the possible overturning of Roe vs. Wade, several issues that have plagued the country throughout the last few months are being forgotten by those not paying the bills, according to Rich Zeoli.

While people would like to think baby formula and food prices are back to normal and shelves are stocked, he says that couldn't be further from the truth.

The host of the Rich Zeoli Show on WPHT shared that while the government gives all its attention to the leaked SCOTUS draft opinion, they are ignoring Americans struggling to get by and keep their babies fed.

"For baby formula, we have a crisis happening right now," Zeoli said while adding that numerous parents and politicians are taking shots at President Joe Biden for "failing to intervene in the baby formula crisis."

Zeoli cited a story from the Daily Mail that says at least 12 states are at 40% or higher out of stock rates for baby formula, with products on the shelf reaching astronomical prices.

While Democrats feel as though the leaked draft opinion will help voter turnout, giving Democrats the upper hand in the upcoming election, Zeoli says they couldn't be more wrong.

With prices at the grocery store, gas stations, and numerous other places the highest they have ever been due to inflation, Zeoli thinks there is no way the average citizen will want to vote blue after what the Democratic party has done over the last two years. Listen above to Zeoli's full argument. 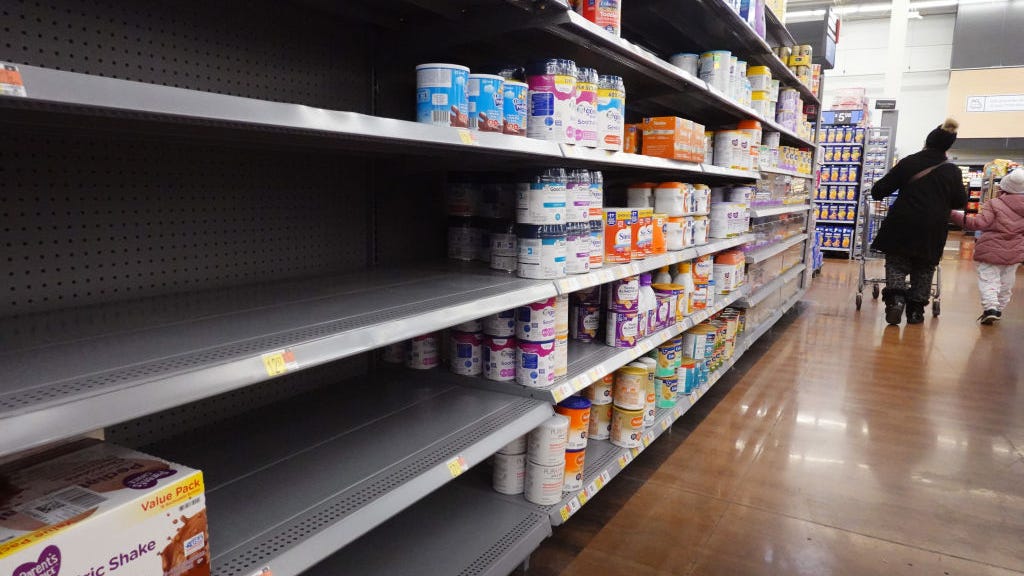 Walgreens begins rationing baby formula
We strive to be a platform where varying opinions may be voiced and heard. The views, thoughts, and opinions expressed by the author(s) of this article and/or by those providing comments are theirs alone, and do not represent those of Audacy, Inc. We are not responsible for any damages or losses arising from this article and/or any comment(s).