Are privacy and other rights that the United States Supreme Court has long upheld in danger of being overturned alongside Roe vs. Wade if it was tossed out? While some think so, Rich Zeoli says it's only scare tactics.

The host of the Rich Zeoli Show on Talk Radio 1210 WPHT shared that comments floating around that cases that have allowed for same-sex marriages, interracial marriages, and contraceptives possibly being overturned if Roe vs. Wade is struck down are a complete lie.

Listen to his argument above. In a nutshell, Zeoli said that while members of the media and personalities like Joy Behar claim that this decision will soon allow states to dictate things like who you can marry, what you can have in your bedroom, and more, it's just not the same.

"They throw these things out there, and they try to scare people, and they say that if Roe fails, then they all go too, and that's not true at all," Zeoli said. "None of the decisions cited by Roe and Casey involve the critical moral question posed by abortion." 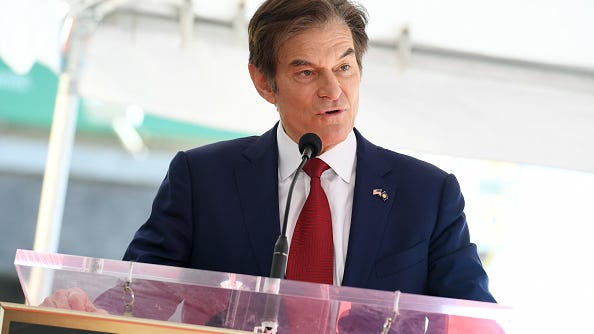 Dr. Oz says that Roe v. Wade is 'not constitutional' and gives his thoughts on abortions
We strive to be a platform where varying opinions may be voiced and heard. The views, thoughts, and opinions expressed by the author(s) of this article and/or by those providing comments are theirs alone, and do not represent those of Audacy, Inc. We are not responsible for any damages or losses arising from this article and/or any comment(s).