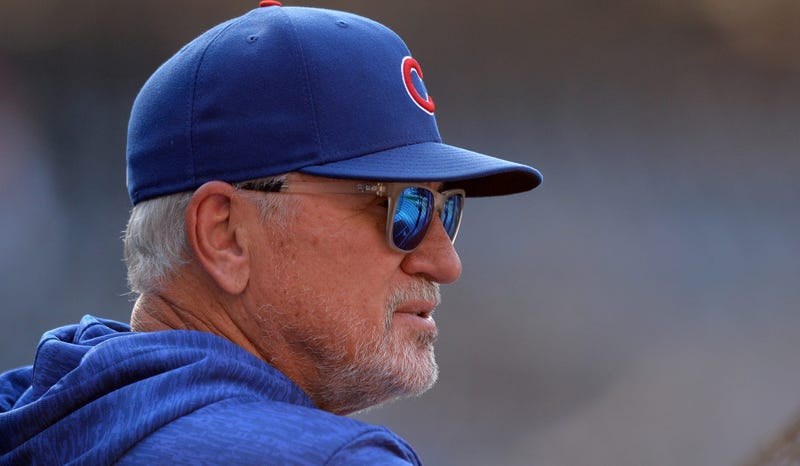 (670 The Score) Manager Joe Maddon enters the fifth and final year of his current contract having just given us his fifth Cubs slogan, the watchword meant to set a tone both for the team itself and for more forward-facing marketing purposes. The expressions have communicated all kinds of feelings over this half-decade of winning baseball, with some efforts decidedly better than others.

What follows below is one subjective descending-order ranking of slogans in the Maddon era, with the full understanding that they have no measurable effect on the actual success or failure of that year's club. And we're sticking with the official ones here, so a gem like "Try Not to Suck" is not included, nor is the oddity of "Putting the Art Back Into THEE Game" or the lamentably Beckmanesque acronym "Courage ... Urgency... Belief" of this year.

5. "That's Cub" (2017): This should stand as a reminder to not let your minor league players and coaches come up with such mantras. It was meant to stand tradition on its ear, using the team name to connote something now inherently good or desirable -- the converse of Lou Piniella's "Cubbie occurrence." It instead ends up invoking such things as "That's Incredible," "That's So Raven," "That's Entertainment" or (for an even older crowd, perhaps) "That's All, Folks" or even "That's Amore." Lame is what it was.
4. "Own It Now" (2019): This is what urgency and intensity demanded by executive Theo Epstein boils down to in three-word form, I guess. Owning something now is better than renting, probably, or having an option to buy down the road. It probably depends what is being sold, which we can presume is the performance in the given moment. Maddon made it weird with his explanation, too. "If you take the word 'now' and turn it around, it becomes 'won,'" he pointed out. But you can also do that with "own," merely by inverting the first two letters. I have no idea what he's hinting at with "Own It Won," nor what I am with either "Won It Own" or "Won It Won." It's the slogan version of a cheaply made reversible belt, the kind I had in third grade when my parents apparently dressed me as if to pay off some lost bet.
3. "Everybody In" (2018): This was harmless populist pandering to make every fan feel like part of a larger team. More successful as a marketing line than a motivator. "After all, we are all trying to be this altruistic team person who puts the group ahead of the individual," Maddon explained. "That is pretty much what it is talking about. Energy, enthusiasm and execution — it’s the same stuff (I always preach), but I am trying to present it in a different way."
2. "Let's Go" (2015): Clean and dynamic, this one. It doesn't belong to Maddon but the marketing folks themselves -- it had its roots before he was signed -- but he embraced it upon arrival and into spring training. It was a declaration of readiness to compete, a confident announcement of the next phase of the rebuild. As their ad agency's director said, "Cub fans have had a long winter, but things are starting to thaw," he said. "And it's a call to action from the fans to the Cubs. It's, 'We've got these guys, now let's go.' "
It also recalls two great songs, which doesn't hurt:

1."Embrace the Target" (2016): Effortless elegance from Maddon, a double meaning perfectly played. The team and fandom was to embrace the newfound target placed on them by opponents, a shedding of underdog mentality to grow into deserved status as frontrunners, if not favorites. Meanwhile, it signaled time to embrace the target of winning a championship and be confident enough to talk about it in real and certain terms, casting away curses and hokey history and losers' laments. It all worked on every level.