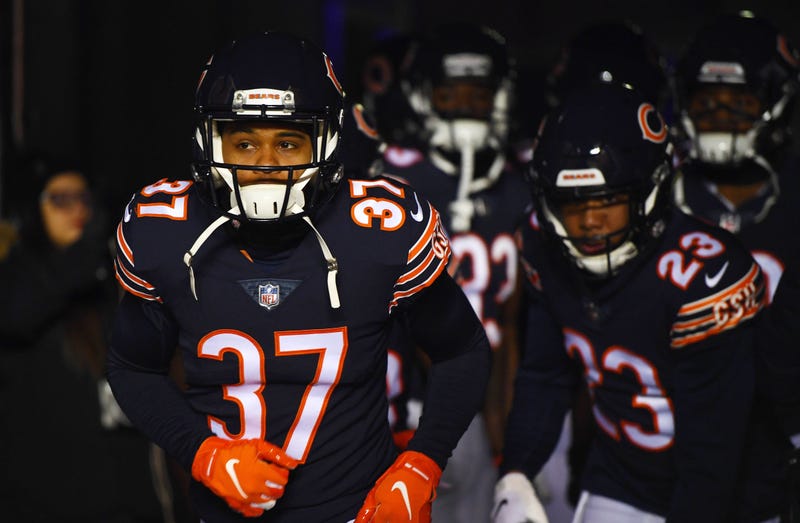 Editor's note: This is the ninth in a series of positional breakdowns as the Bears enter the offseason. Click here for all of them as we move along.
(670 The Score) Entering the 2018 season, skepticism was warranted when it came to Bears cornerback Kyle Fuller, who through four seasons hadn't lived up to his first-round billing.

The Bears retained Fuller on a four-year deal last offseason because they felt he was on the verge of a breakout. He lived up to that billing, leading the NFL with seven interceptions and earning Pro Bowl honors while playing a key role for the NFL's top-ranked defense.

The Bears will return two of their three starters at cornerback, with Fuller with contract through 2021 and Amukamara under team control through 2020. They also have key specialist McManis back in 2019 and the promising Toliver and three others returning on reserve/future contracts.

Among the Bears' most important decisions this offseason will be what to do with Callahan, the team's starting nickel corner.

Callahan is an unrestricted free agent and should be in demand. Spotrac projects his market value at four years and and just more than $28 million -- an average annual value of just more than $7 million that would rank 25th among all cornerbacks.

The Bears have limited cap room and other needs to address, but they also know the importance of a reliable nickel corner in an era in which offenses routinely use three-receiver sets. Because of Callahan's value at this position, he could be more of a free-agent priority than safety Adrian Amos.

Williams was signed by the Bears in December after Callahan suffered a season-ending left foot fracture.

The Bears first signed Amukamara to a new three-year deal. The Packers offered Fuller a four-year, $56-million contract, which the Bears matched as part of the transition tag. Callahan returned on a restricted free-agent tender.

What followed was a breakthrough season for each of the Bears' three starting cornerbacks. Fuller had the costly interception drop in the Bears' 24-23 season-opening loss to the Packers but was a difference-maker from that point forward with his seven picks. Without an interception since 2015, Amukamara recorded three in 2018. Callahan was solid and proved his value in 13 games of an injury-shortened contract season.

The Bears led the NFL with 36 takeaways and 27 interceptions, 13 of which came from cornerbacks. After the season, they lost defensive backs coach Ed Donatell to the Broncos as the defensive coordinator under new Denver coach Vic Fangio.

The Bears paid up last offseason for stability at the cornerback position. Now, only the decision on the nickel corner position looms for 2019.

Fuller and Amukamara each proved what they can accomplish playing in a great defense. The presence of pass rushers like Khalil Mack, Akiem Hicks and others was a benefit to the Bears' cornerbacks.

The decision on Callahan will be based on cap room more than merit. The Bears may have a dropout price in his negotiations that will force them into an alternative.

McManis played well in place of Callahan, but he's also 31 and has primarily worked in special teams during his nine-year NFL career. The Bears may want to add someone else rather than turn the nickel position over to McManis if they get priced out on Callahan.

Williams, Toliver, Franklin, Joseph and Mincy may also be considered for the nickel slot.