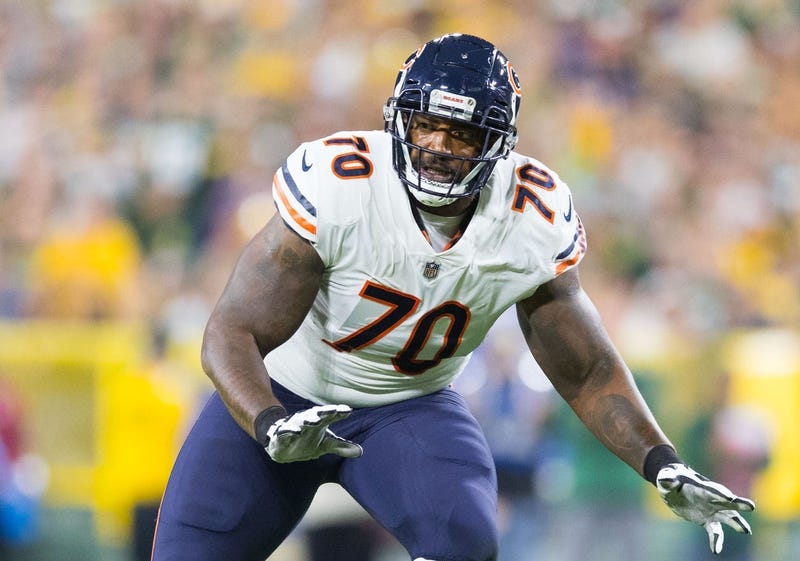 Editor's note: This is the fifth in a series of positional breakdowns as the Bears enter the offseason. Click here for all of them as we move along.
(670 The Score) After getting their new offense off the ground this past season, the Bears made an important move to open this 2019 offseason.

Veteran right tackle Bobby Massie, slated for free agency, was awarded a new four-year contract extension, ensuring the Bears would return their starting five on the offensive line. It was a move that made sense, providing continuity up front for an offense that hopes to take strides this season.

Among the few key questions for the Bears' offeason was how they would handle the impending vacancy at right tackle. General manager Ryan Pace didn't waste any time, securing Massie -- who has been with the Bears since 2016 -- and thus return the same five linemen.

"Bobby has been an important part of our offensive line the past three years and has shown steady improvement during that time," Pace said in a statement. "Bobby has a tremendous work ethic and has displayed the kind of toughness and consistency we want in our players. More importantly, he is a great teammate and we’re excited to keep him in the fold."

With the new deal for Massie, the Bears have four of their five projected starters under contract through 2021. Whitehair is entering a contract year, though he could receive a long-term deal this offseason.

Additionally, the Bears have their swing tackle in Sowell and two prospects in Beavers and Allen under contract for another season.

The Bears can fill depth on their offensive line in retaining Kush, Witzmann and Coward, who are all slated for free agency. Kush has started 11 games during his three years in Chicago. Witzmann started seven games in 2018 after he was signed by the Bears in October. Coward shifted from the defensive line to offensive tackle last season.

Looking to bolster their protection for the years to come, the Bears used a second-round pick in 2018 on Daniels, who would eventually move into a starting role in October after an injury to Kush. Daniels stayed in a starting role as Long was injured during Daniels' first start.

Bears offensive line coach Harry Hiestand helped the 21-year-old Daniels develop during his rookie season and oversaw a group that made strides together in 2018, even without Long for an eight-game stretch. Witzmann became the starter at right guard during Long's absence and filled in capably. The Bears allowed 33 sacks, tied for the eighth-fewest in the NFL. Chicago ranked 21st in total offense at 343.9 yards per game.

The Bears took pride in having two Pro Bowl representatives from their offensive line in Leno and Whitehair.

The Bears project to have Leno, Daniels, Whitehair, Long and Massie as their starters in 2019, but an injury-free season on the offensive line is rare. That's where the depth provided by Sowell, Coward and perhaps Kush and Witzmann will be important once again.

The Bears are confident in the coaching of Hiestand and the direction he has set for the unit, believing the offensive line will be a strength in 2019.