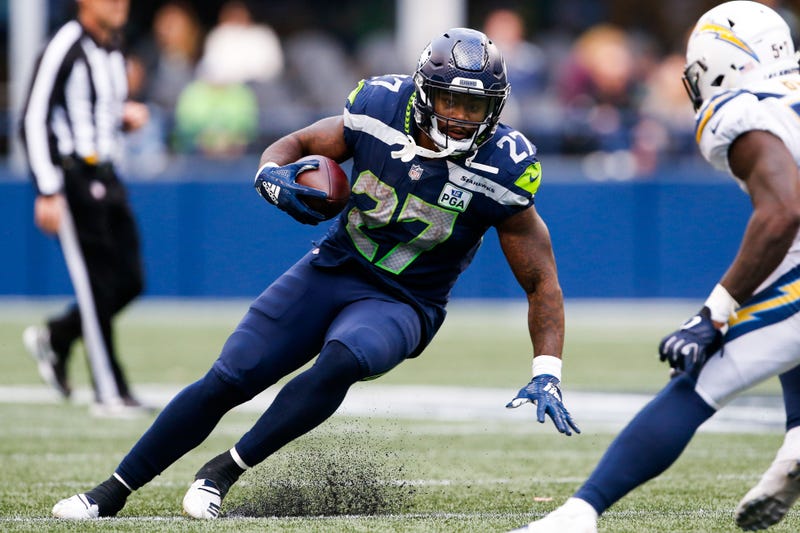 (670 The Score) In his first year in Chicago, Bears coach Matt Nagy led a culture change for the organization in conjunction with a worst-to-first turnaround in the NFC North.

It was a shift that was well recognized around the NFL and highlighted in the initial wave of free agency, where the Bears made careful maneuvers in adding to what they had in place instead of making a major splash. Safety Ha Ha Clinton-Dix and nickel cornerback Buster Skrine join the NFL's top-ranked defense, while running back Mike Davis and receiver Cordarrelle Patterson add weapons for Nagy on offense.

While the Bears didn't land a star last week, they did add players who all have something in common.

"I want to be part of that culture," said Patterson, fresh off a Super Bowl victory with the Patriots.

Clinton-Dix paid a visit to Halas Hall last Wednesday evening as he gave consideration to joining the Bears. There to meet him was All-Pro safety Eddie Jackson, whom Clinton-Dix had helped recruit to Alabama.

Clinton-Dix and Jackson had remained close since their brief time together in Tuscaloosa and hoped that one day they could play together. That opportunity came with the Bears, who offered Clinton-Dix only a one-year, $3.5-million deal -- less than other deals he could've signed -- but the chance to join a contender.

"Prove that I’m one of the best, man, and go out and win a championship," Clinton-Dix said. "I think that’s the perfect opportunity coming into something great that Coach Nagy has created there in Chicago. I’m excited about my opportunity.

"You see some of the guys get to the end of their careers and now they’re trying to chase rings. I have the opportunity to do that in my prime."

Outside of money, there was little appeal to joining the Bears before 2018, when the arrival of Nagy to oversee a young roster brought something new to Chicago. The team struck out on many of its top free-agent targets in Ryan Pace's first three years as general manager, and Pace made a point not to overpay others.

When your team becomes a winner, the dynamic changes. Players are sometimes willing to sign at a discounted price to join contenders, who don't feel the need to overpay. Clinton-Dix turned down better offers to join the Bears. Patterson, Davis and Skrine had deals in place before the new league year, declining to wait out the market for more money.

For the 29-year-old Skrine, an eight-year NFL veteran, the appeal to joining the Bears was obvious. He was drafted by the Browns in 2011 and played four seasons there, then four more with the Jets.

Skrine has been a member of only one winning team -- the 2015 Jets -- and has never been in the playoffs. His teams are 44-84 during his career.

"I’m on my ninth year," Skrine said. "I’m looking to win. That’s what I play the game for. I want to be in the playoffs and have a chance. I want to know that when I’m training, I’m playing for something."

The Bears have gone without a major signing through the first wave of free agency now. Four-time Pro Bowl pass rusher Justin Houston remains the biggest name still on the open market and an intriguing possibility for Chicago. Even if the Bears don't land Houston, Pace will feel comfortable with where this team stands.

The Bears have used free agency to address needs on their roster while working carefully around the salary cap. In doing so, they've added players who can help them get back to the playoffs -- and are eager to be part of that pursuit.