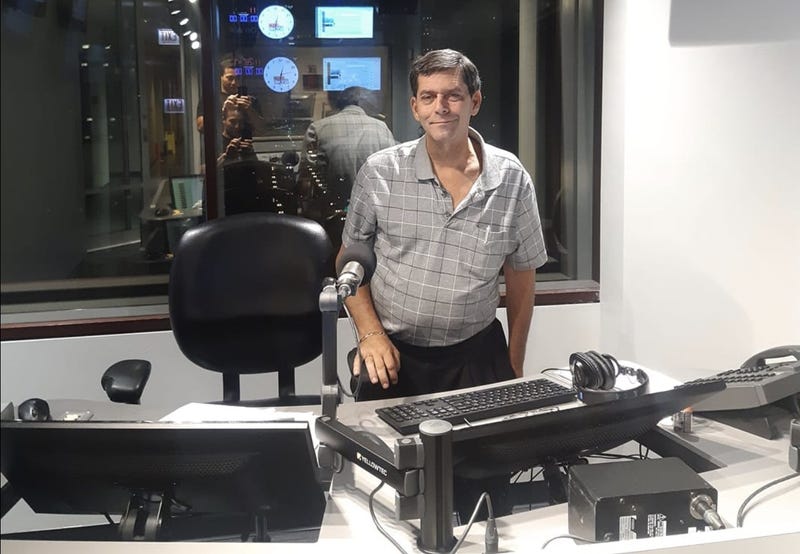 (670 The Score) Chicago sports broadcasting icon and 670 The Score overnight host Les Grobstein passed away suddenly in his home Sunday at the age of 69.

Link to donate to funeral expenses

Playfully known as "The Grobber" to listeners, Grobstein had been a staple on 670 The Score, where he has been a regular on-air in overnights since 2009. Grobstein's deep well of sports knowledge, experience and passion earned him the loyalty and love of listeners throughout Chicago.

“For half a century, Les Grobstein was a pillar of Chicago media, a local icon and a true original," 670 The Score and Audacy said in a statement. "A friend to so many who knew him, 'The Grobber' connected with our listeners from the minute he stepped into the studio in 1997. Today is a sad day at 670 The Score, but we celebrate Les’ life and career and the impact he had on our community and our station. We extend our deepest condolences to Les’ family and friends, including his son Scott and partner Kathy.”

Grobstein was a Chicago native and Columbia College graduate who began his career as a Northwestern basketball commentator in 1970. Spending his career in sports, Grobstein worked as an announcer for various sports teams, a reporter for Sportsphone Chicago, as the sports director at WLS 890-AM and as a reporter for WMVP-1000 before settling into his longtime home with 670 The Score.

He's survived by his longtime partner, Kathy, and son, Scott.

All funds raised will support the family in funding the funeral services to commemorate the life and legacy of Grobstein.