MINNEAPOLIS, Minn. (670 The Score) -- Bears coach Matt Eberflus has often referenced his hope to balance analytics with his gut as he makes key decisions in each game. That was the case as he called for an onside kick during the third quarter of his team's 29-22 loss to the Vikings on Sunday at U.S. Bank Stadium.

The Bears had just scored a touchdown to cut their deficit to 21-16 with 10:24 left in the third quarter when Eberflus directed kicker Cairo Santos deliver an onside kick. The Vikings recovered it at the Bears’ 48-yard line but didn't convert on the favorable opportunity, managing to run just six plays before having a 51-yard field-goal attempt blocked.

Eberflus later explained that it was a decision based on the approval of analytics and his own feel for the momentum of the game.

“It set up perfectly,” Eberflus said of the decision to go for an onside kick. “When we do something like that, I told the entire defense, ‘Listen, we’re going for this. And there’s a chance we don’t get it. But listen, I want you to respond to this if we don’t get it. Sudden change, you respond to it.’ And they all did. They responded, they rose up there and they ended up blocking the field goal. To me, it was a wash.” 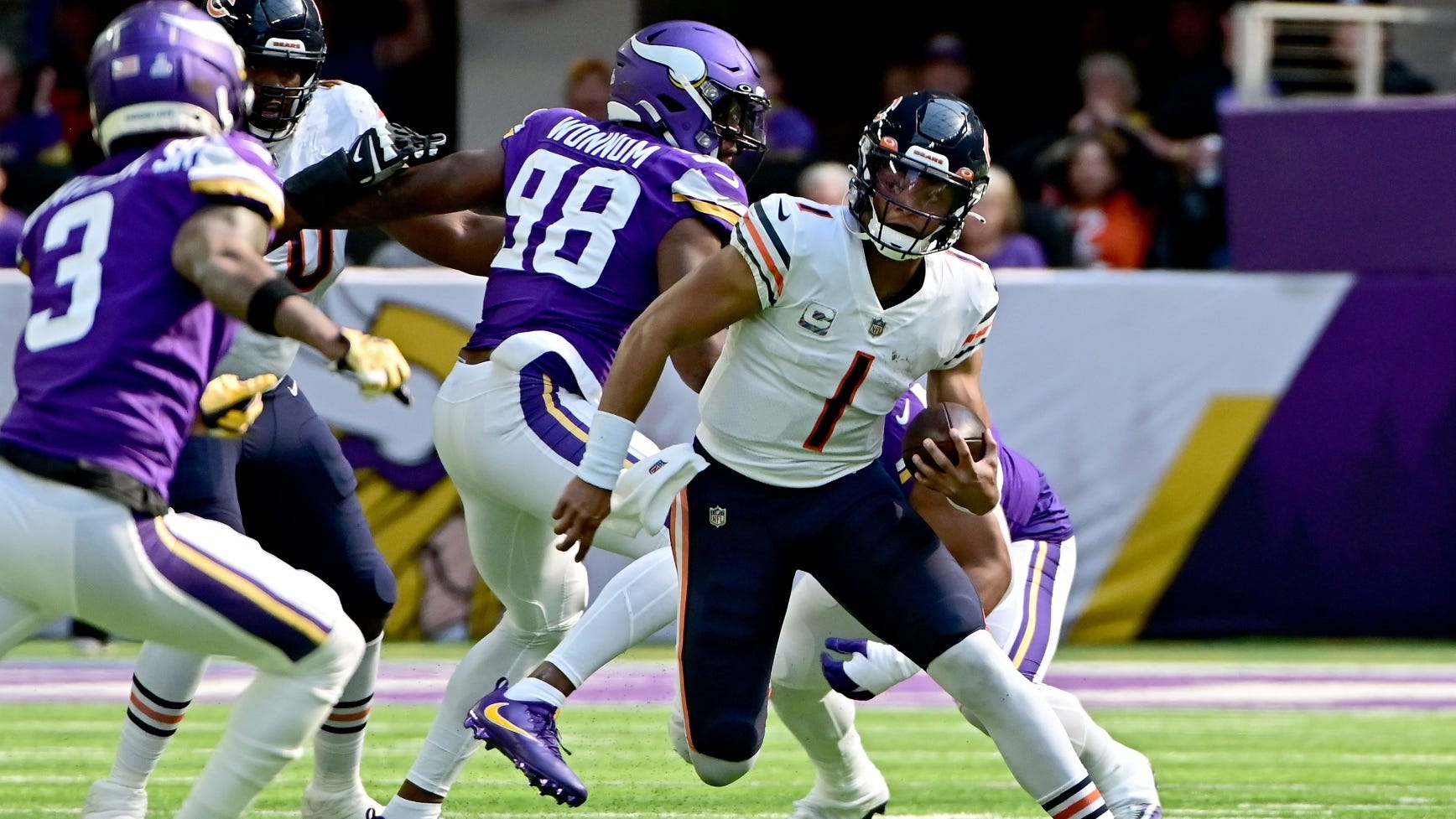 Prior to the onside kick, the Bears had scored on rookie receiver Velus Jones Jr.'s nine-yard touchdown reception. Eberflus then elected to go for the two-point conversion, another decision that he said was based off analytics. The attempt failed, which left the Bears trailing by five as they attempted the onside kick.

The Bears overcame a 21-3 deficit in the second quarter to grab a 22-21 lead over the Vikings in the fourth quarter, but Minnesota scored the go-ahead touchdown with 2:26 remaining in the game to secure the victory.

Though the attempt on the onside kick failed, the Bears felt Eberflus’ decision showed belief in his players.

“Loved it,” Bears receiver Darnell Mooney said. “Loved it. Loved it. Love how he has confidence in us, how he trusts us and just love his aggressiveness. I appreciate it as a player.”