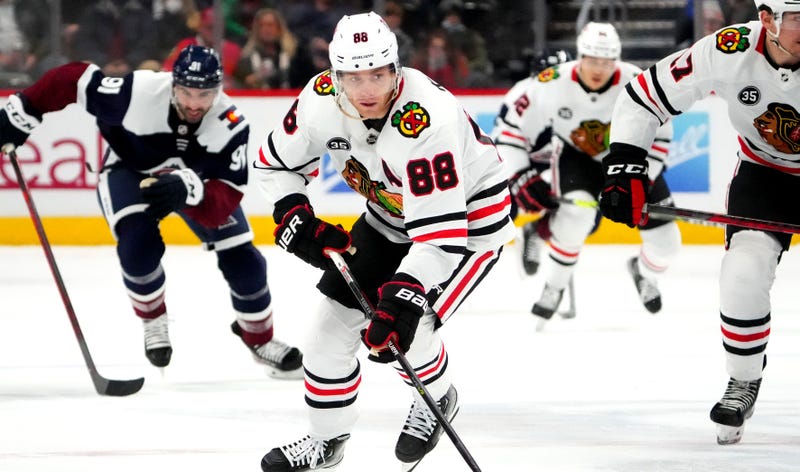 It was the seventh straight victory overall for the Avalanche, who tied the 1976 Boston Bruins for the fifth-longest home winning streak in NHL history.

After a scoreless first, Colorado broke through on a second-period power play.

With defenseman Seth Jones in the penalty box for interference, the Avalanche got off several shots in quick succession that Chicago goalie Marc-Andre Fleury stopped before Kadri gathered in a short pass from Nathan MacKinnon and unleashed a slap shot from the top of the left circle. Fleury dropped to his knees to block it, but the puck trickled through at 11:24.

Rantanen added to the Avalanche lead at 6:41 of the third. Gabriel Landeskog sent a pass across the slot and, with a backhand flip, Rantanen lifted the puck over a fallen Fleury.

An empty-net goal by Colorado in the final moments was waved off for offside.

NOTES: Blackhawks G Kevin Lankinen was placed on injured reserve with a hand injury sustained in Saturday’s overtime loss against Minnesota. G Arvid Soderblom was recalled from Rockford of the AHL to fill the roster spot … MacKinnon’s assist on Kadri’s goal was the 384th of his career, tying him with Anton Stastny for sixth on the franchise list … The Avs improved to 3-0 against the Blackhawks this season. They'll face each other one more time Friday in Chicago.

UP NEXT
Blackhawks: visit the Detroit Red Wings on Wednesday.
Avalanche: host the Boston Bruins on Wednesday to close out a three-game homestand.