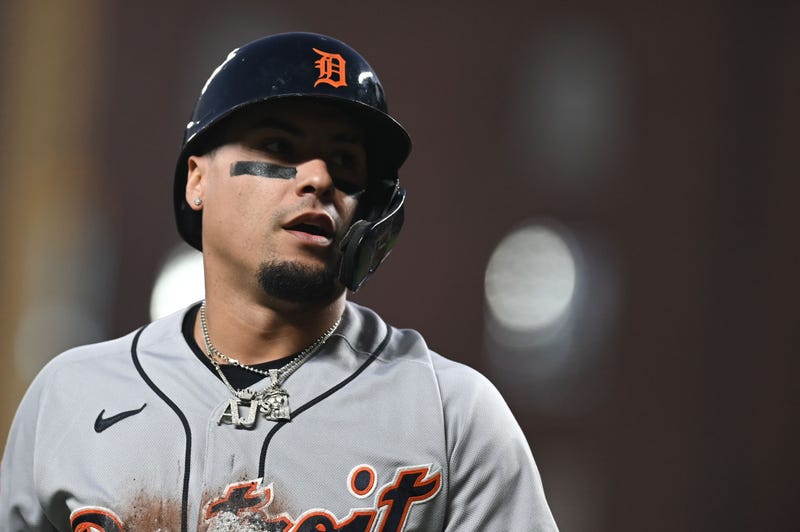 DETROIT (WWJ) -- It was a harrowing Sunday for Puerto Ricans as powerful Hurricane Fiona made landfall on the Caribbean island -- and now one Detroit Tigers player is stepping up to the plate to help.

Shortstop Javier Báez offered to aid to his fellow Puerto Ricans on Monday as P.R. Governor Pedro Pierluisi confirmed at least two people have died in the hurricane that brought fierce wind, widespread flooding and massive power outages to the U.S. territory.

Báez -- who played for the Cubs from 2014-'21 -- made a post to Instagram on Monday before the Tigers took on Baltimore, urging residents to stop by a local restaurant for food free of charge. 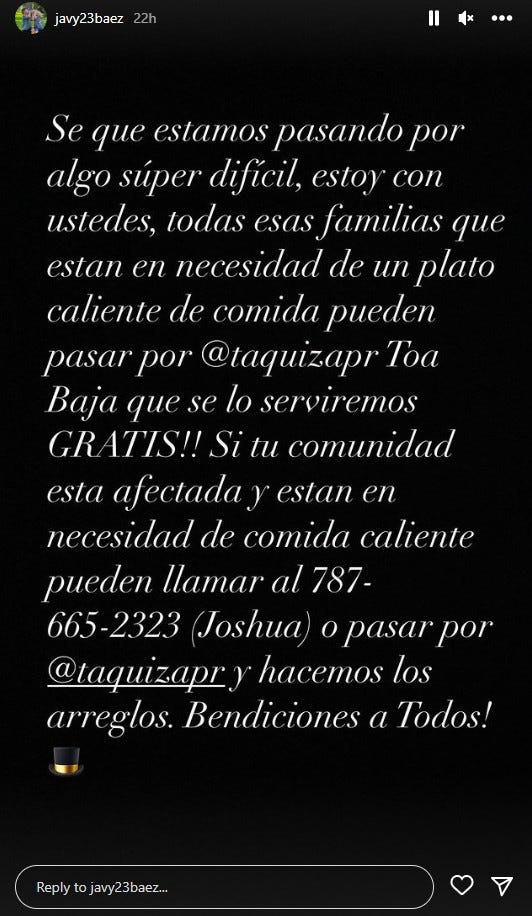 The Tigers went on to shutout the Orioles 11-0 a few hours later Monday.

Hurricane Fiona bore down on Puerto Rico as a category 1 storm, with winds reaching 86 mph, with gusts up to 100 mph, the National Weather Service reported.

"Catastrophic and life-threatening flash, urban, and moderate to major river flooding, as well as mudslides, are likely for southern and eastern Puerto Rico through Tuesday due the rainfall from Hurricane Fiona," the NWS added.

The storm dumped up to 30 inches of rain in some areas, according to weather experts.

As Fiona pulls away, nearly the entire island of Puerto Rico has seen 5+ inches of rainfall, with some locations in the southeast recording nearly 30 inches!https://t.co/YYOVGPIkSg https://t.co/eK2aHJIlmg

Fiona brought hurricane-force winds gusting over 100mph to portions of Puerto Rico earlier today together with ongoing life-threatening flash flooding. This is an animation of Fiona via GOES rapid scan, surface data, and lightning locations up to 5pm AST. pic.twitter.com/lSKn3YJnft

U.S. President Joe Biden declared a state of emergency in Puerto Rico on Sunday, tweeting "the full force of the Federal government supports you. We have hundreds of personnel on the ground and ask that you heed the warnings of state and local officials."

Today, I spoke with @GovPierluisi to address the immediate needs of Puerto Rico in the wake of Hurricane Fiona.

We discussed federal personnel working to assist the island's recovery, and I assured the Governor that we'll increase support substantially in the coming days. pic.twitter.com/Qc9goBEZxm

Puerto Rico is still reeling from the aftermath of Hurricane Maria, a deadly category 5 storm that killed nearly 3,000 people and ravaged the island's power grid back in 2017, FEMA reported.

Báez was born in Bayamon, Puerto Rico before he moved to Florida in 2005. Báez is a member of the Puerto Rican national team, for which he won a silver medal in the 2017 World Baseball Classic.

Báez has committed to appear in 2023 World Baseball Classic as part of the Puerto Rican team.