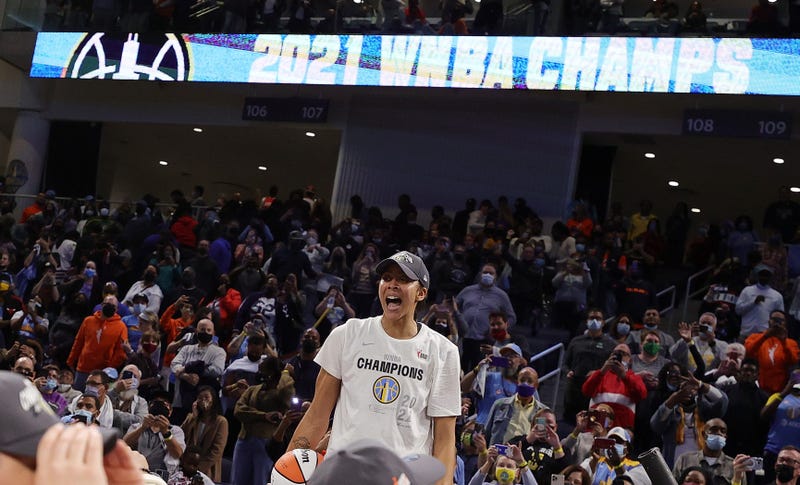 (670 The Score) The Chicago Sky’s championship parade will begin Tuesday at 11 a.m. at Wintrust Arena, the city announced.

The team will depart the arena at that time and make its way to Jay Pritzker Pavilion in Millennium Park for a celebratory rally that will begin at noon. The Sky will travel north on Michigan Avenue from Roosevelt Road to Randolph Street, where they’ll then head east to Pritzker Pavilion. All fans are encouraged to join the parade and cheer the Sky along the route.

"The City of Chicago could not be prouder of our winning Chicago Sky," mayor Lori Lightfoot said in a statement. "We are thrilled to throw a celebration worthy of this historic moment in Chicago sports and congratulate the Sky for bringing our city its first WNBA title. Let's get ready to paint the town #SkyTown!"

The rally is free and open to the public. All attendees must pass through security screening at select entrances off Michigan Avenue and Monroe Street. Guests are encouraged to leave bags at home. For more security, health and safety information, please visit MillenniumPark.org and “Plan Your Visit.”

The rally will also be live-streamed on Lightfoot’s social media accounts.