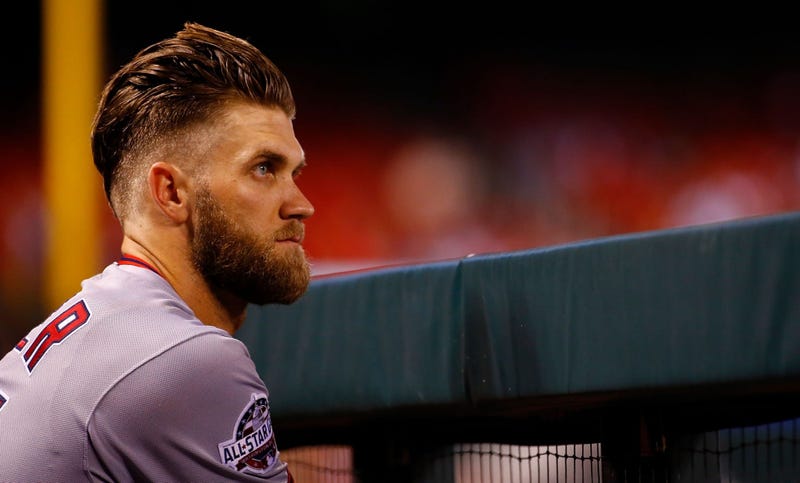 The news came after Jeff Passan of ESPN.com recently reported the Phillies and White Sox are "known to be willing to guarantee Harper the decade-plus-long deal he and Machado, each 26 years old, are seeking."

The White Sox continue to have great interest in both Harper and Machado and would pay an average annual value that's in line with their elite status. While the free-agency process is moving slowly, Harper has attracted big interest. He has received offers of double-digit years and record-high average annual value during negotiations with teams recently, a source said.

The only offer that has publicly surfaced for Harper or Machado is the 10-year, $300-million deal that the Nationals offered to Harper late in the season.

The White Sox met with Harper in Las Vegas on Nov. 19, pitching their young core as a main selling point. They then hosted Machado, his wife and agent for a visit that lasted longer than seven hours on Dec. 17.

Harper and/or agent Scott Boras have met with the Dodgers, Yankees, Phillies, Nationals and Cubs as well, according to reports. The Nationals have been consistent with their message of wanting Harper back if the economics line up on both sides.

The Cubs are believed to be a long shot because of payroll constraints. They would likely have to move a big contract if they're to sign Harper so that they could stay under the $207-million luxury tax in 2019.

The Machado camp has indicated he will make a decision soon, as he was waiting for the holidays to pass. He has had long meetings with the Yankees, Phillies and White Sox.

Machado hit .297 with 37 home runs and 107 RBIs last season -- all career-best marks -- while playing for both the Orioles and the Dodgers. He played 147 games at shortstop last season, though he primarily played third base in the first five full seasons of his career.