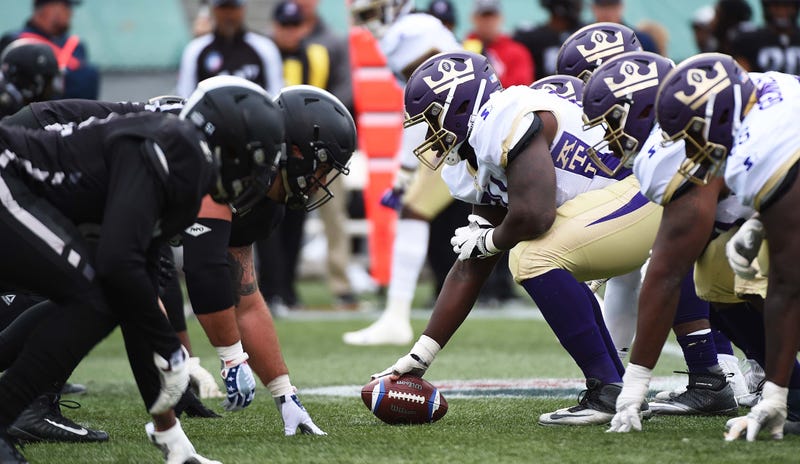 DALLAS (105.3 The Fan) -- The Alliance of American Football will suspend operations on Tuesday, according to multiple reports.

The league has not decided to fold as of now, but it appears to be heading in that direction.

All @TheAAF football operations will be suspended in the next few hours, per source with knowledge of situation. League is not folding, yet. But it's heading that way.

The future of the league has been in question for some time. Owner Tom Dundon unsuccessfully sought a partnership with the NFL. Dundon made the decision to suspend operations despite opposition from league co-founders Charlie Ebersol and Bill Polian, per Darren Rovell.

Later Tuesday, Johnny Manziel, who played in two games with the AAF's Memphis Express, weighed in on the reports that the league would be closing.

If you’re an AAF player and the league does dissolve. The last check you got will be the last one that you get. No lawsuit or anything else will get you your bread. Save your money and keep your head up. It’s the only choice at this point unless something drastic happens.

Just the reality of this unfortunate situation.. great concept, good football on the field and fun for fans to watch. Just not enough money to go around which has been the main problem with “other” leagues for a long time.